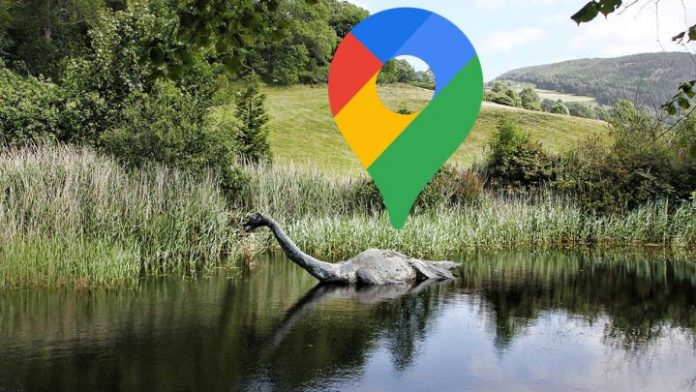 Google has us used to introducing some easter eggs in some of its services or applications from time to time. Well, one of those that we can find now has to do with the famous Loch Ness monster and we can find it on Google Maps.

Although the oldest reference to a mysterious creature present in the river and Loch Ness is a text from the 7th century, the first modern description is from the year 1868. It is an article published in the Inverness Courir, where reference is made to the rumors about the existence of a huge fish or other creature that lives in the depths of the waters.

Google Maps includes the cartoon of the Loch Ness monster

Either way, this strange creature, real or not, has had a huge impact on the local economy. And is that the Loch Ness monster has become a landmark of the culture of the United Kingdom and Scotland. So much so, that Google itself has decided to include a funny cartoon of the Nessie in Google Maps.

To be able to see it, all we have to do is go to Google Maps from our browser on the desktop and perform a search for Loch Ness. Next, we will see how the cartoon of the Loch Ness monster appears in the lower right part of the screen, replacing the well-known icon of a little man that we can place anywhere on the map to activate Street View mode.

It is possible to click on the funny cartoon and drag it to any point on the map that we want to explore. As soon as we do this, the Street View mode will be activated and we will see how the Loch Ness monster is displayed in the window at the bottom left to indicate the exact point on the map that is being shown.

Sony will Announce Its New Subscription Service Next Week, According To...