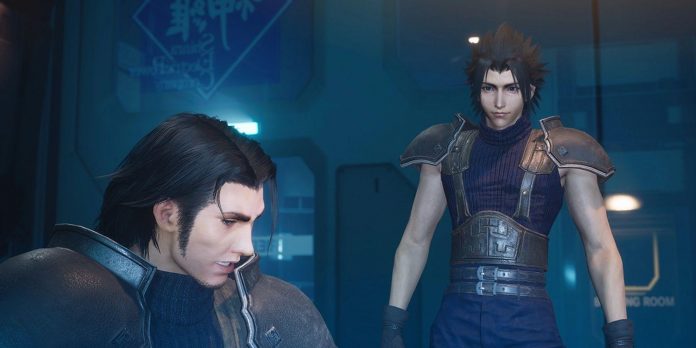 There are already a lot of Final Fantasy games to keep track of, but Final Fantasy 7 and its affiliated offshoots make the narrative timeline of its subfranchise even more complicated. For the most part, titles in the Final Fantasy franchise aren’t necessarily related unless they’re direct sequels, like Final Fantasy 10 and its immediate follow-up. The games will share similar themes, aesthetics, and aspects, but plot-wise and character-wise the wide range of Final Fantasy games are usually quite distinct. Despite its 1997 release and the multitude of games that have been released since, Final Fantasy 7 remains one of the most beloved and popular titles within this narratively diverse franchise, and it remains so to this day.

It’s no wonder, then, that even though Square Enix continues to develop new releases like the upcoming Final Fantasy 16, it has revisited the Final Fantasy 7 storyline again and again. Besides the main game, there are multiple spin-off games, short stories, and even animated features that revolve around the characters at the heart of Final Fantasy 7. With the success of the first part of the Final Fantasy 7 Remake and the next two parts of the tale on the horizon, fans of the game have a lot to look forward to. The HD remaster of Crisis Core: Final Fantasy 7 Reunion will also release sometime this winter, and players are wondering just where it fits into the ever-evolving and incredibly expansive Final Fantasy 7 timeline.

Releases Before The Final Fantasy 7 Remake

Although the Final Fantasy 7 Remake is comparable to the original 1997 title, it has definitely brought about some changes to the story. The essence of the game is the same – the enigmatic Cloud Strife must team up with AVALANCHE and its ragtag collection of members as they work together to take down Shinra and stop Sephiroth’s quest for revenge. The aesthetics and gameplay have obviously been updated, but even though the narrative has been extended and in some cases profoundly changed, this doesn’t necessarily mean that it will have a massive effect on the timeline of the other entries in the Compilation of Final Fantasy 7, which encapsulates the main game, its sequels and spin-offs, and other related media.

Where Crisis Core Fits In

All of the games and content released before the Final Fantasy 7 Remake still seems to be canon, so the upcoming Crisis Core remaster will likely still be taking place prior to the events of the original game. Crisis Core begins seven years before the start of Final Fanasty 7, but the original game’s narrative runs up to the start of the 1997 title’s storyline as Cloud makes his way toward Midgar. It also runs concurrently with some parts of Before Crisis, the mobile game that focuses on the adventures of the Turks, which also covers the destruction Sephiroth wreaks in Nibelheim.

As the game will be a remaster and not a remake, it won’t be bringing about as many changes as the Final Fantasy 7 Remake has, or that its sequels undoubtedly will. The gameplay that players have seen so far looks very similar to the original game, even if there will be some new aspects to help modernize it like camera angles and animation changes. Crisis Core is full of vital context and character lore for central figures like Cloud, and understanding what period of time it covers and why this is significant to the overall story is key.

Ever Crisis And The Story of Zack And Cloud

Cloud may be the protagonist of Final Fantasy 7, but Crisis Core is all about Zack. It introduces the initially inexperienced SOLDIER and his mentor Angeal as they’re sent to support the Shinra war effort in Wutai. Things become complicated when Angeal disappears, and over the course of the game, several key characters and their relationships with each other and with Zack are introduced. This includes Sephiroth, Cloud, and Aerith, as well as the origin of the Buster Sword and how it found its way eventually into the hands of Cloud.

Crisis Core, significantly, also features the moment Sephiroth learns about his true origins and how he was implanted with the cells of Jenova while still in his mother’s womb. The traumatic events at Nibelheim are also covered in the game’s narrative, as well as Zack and Cloud’s desperate flight from Shinra that ultimately ends with Zack being fatally wounded. The heartbreaking final scenes of the game show Zack’s death and the start of Final Fantasy 7 as Cloud claims to be a former SOLDIER and carries the Buster Sword Zack bequeathed to him.

The images of NASA’s first Webb Telescope are breathtaking — see...