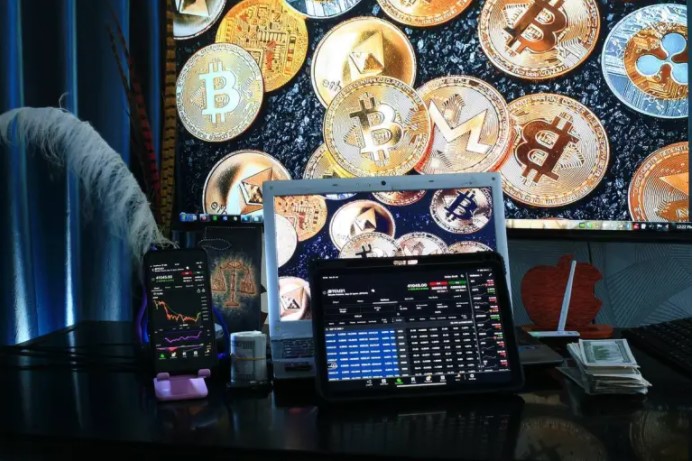 As you can follow from Somanews news, investments in the Bitcoin and altcoin market have increased tremendously in recent years. But some lawyers who made it grow can’t trade it. Sullivan & Cromwell prohibits trading, while Latham & Watkins lawyers can trade Dogecoin without permission.

Why are companies banning Bitcoin or altcoin trading?

Someone needing legal help for their crypto business could do worse than hiring Sullivan & Cromwell. The New York law firm counts former senior executives of the Securities and Exchange Commission and the Commodity Futures Trading Commission among its partners. And at least three crypto companies have hired lawyers as their general counsel.

However, lawyers at Sullivan & Cromwell are said to have been warned when it comes to personal trading. For years, the company has been asking lawyers to sell any Bitcoin, Ethereum, or other altcoin projects they hold before they get started. However, the policy has recently changed, prohibiting trading, not holding. One person said, “This is a little weird, a little frustrating. But yes, that’s the policy.”

It’s common for law firms to have their lawyers oversee their transactions in publicly traded securities, as they run a lot of behind-the-scenes work for their clients that can move the markets. Some firms, including Davis Polk & Wardwell, require employees to submit their proposed stock trades for approval, according to people familiar with the policies at those firms. But more than a decade after Bitcoin was created, law firms are not on the same page when it comes to crypto investing. Tyler Maulsby, an ethics advisor to lawyers at Frankfurt’s Kurnit Klein & Selz, explains:

I think companies are struggling with ‘What are we doing?’ They need policies to make sure their lawyers don’t commit illegal acts. But beyond that, they want to make sure they’re managing risks, both for their oversight and their clients.

“Crypto market is not suitable for risk averse”

Despite the volatility and uncertain regulatory status of many altcoin projects, many lawyers have set up accounts on exchanges like Coinbase or Gemini and purchased several dollars’ worth of Bitcoin or Ethereum. A few people say they are not aware that their firm has issued any guidance on crypto investments. But in a year where some law firm employees are making over $600,000 between raises and bonuses, some young lawyers are pouring money into crypto.

“I almost exclusively trade crypto now,” says one Proskauer employee, who agreed to speak only on the condition of anonymity, and shares a screenshot proving that he purchased more than $10,000 in various cryptoassets in November. Most tokens were not considered securities, and former SEC official Bill Hinman has publicly said that Bitcoin and Ethereum are not securities. The IRS, on the other hand, taxes digital currencies as property. This, in turn, causes some lawyers to ridicule securities-type restrictions on crypto ownership.

“We don’t make sure our employees don’t trade handbags or antique cars,” says a crypto-holding partner at a large law firm. A Big Law employee who says he doubled his money by investing in tokens like Ethereum, Bitcoin and Solana says he doesn’t understand why a law firm would want to ban crypto trading:

I’m not as aggressive as the 25-year-olds who put $4,000 a month in crypto. I’m a little more risk-averse. I’m a lawyer. Latham studies crypto trading. But not for Bitcoin or Dogecoin.

Which altcoin projects do lawyers prefer?

Latham & Watkins recently updated its trading policy to require pre-approval of some crypto trades, just like stock trades. The firm says the change is “designed to help protect partners and the firm from risk.” The firm is exempting several cryptocurrencies from the pre-approval requirement, including Bitcoin, Ethereum and Dogecoin, which dropped 35% earlier this year after Elon Musk made a joke about it on “Saturday Night Live.” Lawyers can also freely trade Litecoin and three Bitcoin alternatives: Bitcoin SV, Bitcoin cash and Bitcoin gold.

However, according to the firm’s policy, even these transactions can be restricted if lawyers have “material non-public information” about crypto assets. For example, if a lawyer finds out that a client of a major crypto exchange is planning to enable trading in a particular token, they can purchase the token early and watch its value soar after the news becomes public.

Insider trading allegations in crypto have surfaced before

According to a report by crypto network analysis firm Arkham Intelligence, the value of ICP tokens dropped from $460 earlier this year to $29 due to a flurry of transfers to exchanges by prospective insiders.

It is also said that insiders have enriched themselves from the Non Fungible Token (NFT) sale, which is often compared to art. This fall, an employee of NFT website OpenSea was accused of using his early knowledge of what tokens the website will promote to obtain them. OpenSea said it had “corrected” its policies regarding the use of confidential information by its employees, after reviewing the incident by outside consultants. Earlier this month, lawyers at Cahill Gordon & Reindel urged crypto exchanges to take steps to reduce the risk of insider trading.

Notable Comparison from a Finance Professor