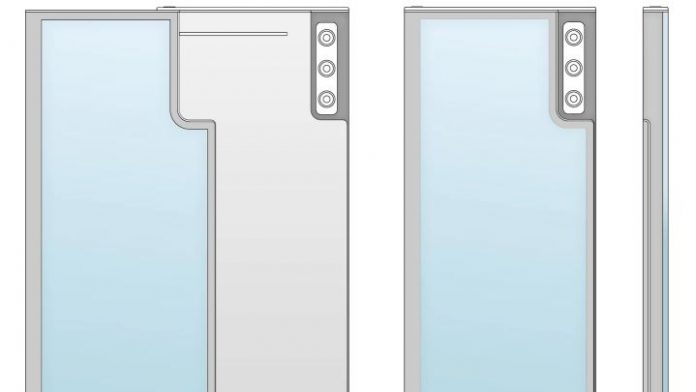 Flexible displays are among the most advanced technology in mobile devices. Yes, it is true that its applications are very varied depending on the segment in which it is applied, since we have even seen it on televisions. They still have a lot of travel ahead of them, but we have to take a look at the more immediate future, where we have the LG Rollable that could include a rear screen.

It’s only been a month since we saw what was happening at LG’s house at CES 2021. The entire event was broadcast in a digital presentation, respecting the measures to avoid the threat of COVID-19. But what attracted the most attention was its ending so revealing for many. And it was the first time that the LG Rollable was seen in physical format.

At least a small preview of what the firm is up to was presented, which was just enough to impress. And this terminal has the peculiarity of being the first with a roll-up screen. At the time of dismissing the event it was shown from the front, but this patent shows what is behind the LG Rollable. The images show that the device will take advantage of the back by putting a screen.

The funny thing is the performance that the phone promises. The front part will be the one that will be fully deployed, moving the rear screen that we are talking about and exposing the rail system placed on the back. In this way, the screen will always have a ‘background’, that is, it will always have a part where it can be attached so that when you touch it, only the display is not noticed.

Another interesting point of the new LG Rollable patent is that it shows a system of three rear cameras. This frees the front of any sensor, making it easier to use the rear screen to take a high-quality selfie. Now the cameras are located just in the upper right and inside the mobile module.

This means that the lenses will move and take a central position on the device, perfect for putting it in a better position and taking photos from the flexible screen. Something that is not seen in the patent that LetsGoDigital shows is the position of the unlocking by fingerprint or facial recognition. These will be details that we will know in the future.

Vikings: What did Jonathan Rhys Meyers do next?