Home Entertainment The Legend of Zelda will have a Game & Watch with several... 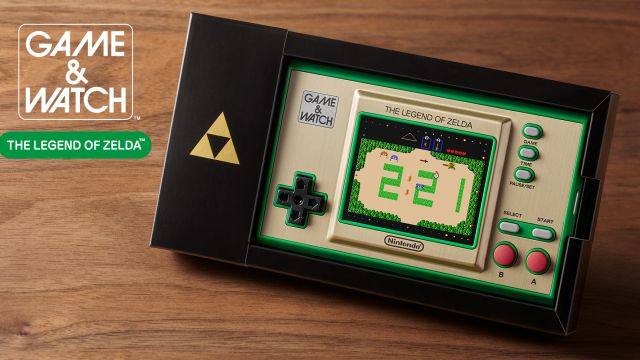 The Legend of Zelda: The saga, which turns 35, will receive this new version of the classic console, which will go on sale on November 12. As in the case of Super Mario, Nintendo will celebrate Link’s anniversary with a very special edition of the classic Game & Watch console. It has been the producer Eiji Aonuma who has shown the machine during the Nintendo Direct of E3 2021. The head of the saga has reported that the device will be available from next November 12.

2020 was the year of Super Mario. The Nintendo plumber turned 35, although the character’s debut occurred earlier, specifically in the first Donkey Kong video game. The most famous ape in video games grows up. Nothing more and nothing less than 40 years, so many players hope it will translate into a completely new title. Nintendo has not specified its plans, but it does specify those for another birthday, at least partially.

Over three decades ago, 35 years ago, Shigeru Miyamoto and his team at Nintendo revolutionized adventures with The Legend of Zelda. So much time later, the saga has deliveries on all platforms. The celebration has already begun, although the roadmap has not been completely cleared. The first stop is the HD remastering of The Legend of Zelda: Skyward Sword, which will be playable both on a laptop and desktop. In both cases the control has been modified to work with movement control, but also with a more traditional control.

You don’t just live on refried foods. The sequel to The Legend of Zelda: Breath of the Wild has floated on the horizon since it was officially announced. However, the studio behind the project has worked in the shadows throughout all these years, since it has not been shown since that first teaser. When Hyrule Warriors: Age of Cataclysm was announced, producer Eiji Aonuma stressed that they weren’t ready to show it yet. Until today, we have finally seen it again.

Genshin Impact To Be Released On Epic Games Store