Home Entertainment The Legend of Zelda: Tears of the Kingdom — all new equipment... 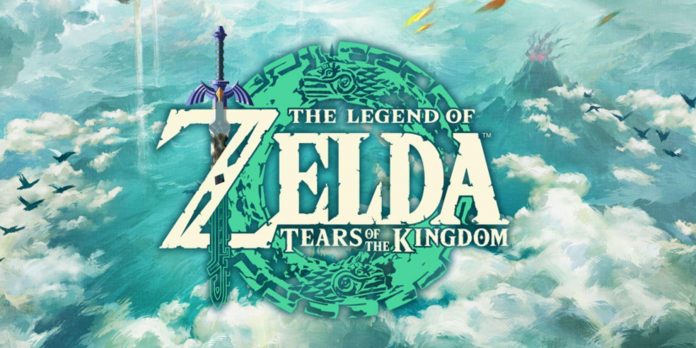 The September Nintendo Direct ended with an exciting performance of The Legend of Zelda: Tears of the Kingdom. Although he didn’t show much, he still added to the growing list of new abilities and equipment that Link looks like he’ll get in the hotly anticipated title. Most of these new additions now seem to be centered around the setting, including the sky over Hyrule. Some of them may also hint at what can be expected from a story about which very little is known.

The Legend of Zelda: Tears of the Kingdom is Nintendo’s sequel to the popular game Breath of the Wild, released on Switch. Since its announcement in 2019, impatient fans have been getting rather slow information. So far, only a few trailers have been shown for the game, including one during the September Nintendo Direct. Tears of the Kingdom faces a daunting task — to match and preserve the legacy of its predecessor, while adding new mechanics to keep it fresh. This could be achieved by providing Link with several new tools.

One of the most exciting new items that Link gets is not technically new, but is a replacement for an age-old weapon. In March 2022, Nintendo announced that the release of Tears of the Kingdom was postponed to spring 2023. It was sad news for many, but the announcement was at least accompanied by some new footage from the game. In one shot, Link can be seen holding the iconic Master Sword, except for what was shown earlier. Now the sword looks broken, and most of the blade looks made of the same material that the Guardians and Blight Ganon bosses in Breath of the Wild are made of.

It is not entirely clear what the new state of the sword means, but it may hint at part of the history of the “Tears of the Kingdom”. In many past games, Link must somehow unlock the Master Sword. Since it can be obtained in Breath of the Wild, there is a high probability that Link will start a new game with an already unlocked one. This could mean that the damage is the result of an event during the game, and Link is tasked with repairing a broken master sword during the quest.

Whatever broke the Main Sword may have also been responsible for another development in Tears of the Kingdom. In the trailer shown during E3 2021, it seems that Link’s arm is equipped with new technology. He doesn’t seem to have a Sheik Slate in any of the trailers shown so far, so the hand may be his new way of using his abilities like Magnesis and Stasis. The same hand that was changed in the 2021 teaser also emits some kind of green magic in the 2019 Zelda: Tears of the Kingdom reveal trailer, adding to the idea that this could be how he now uses his abilities.

As for these abilities, there is at least one that seems new to The Legend of Zelda: Tears of the Kingdom. In the 2021 trailer, Link can be seen stopping a spiked ball in its path before it returns up the hill it rolled down, dealing damage to enemies in its path. Most fans assumed that this is a new ability that interacts with the physics of the game, as in Breath of the Wild. The color and lighting abilities are similar to the “Stasis” ability from the previous game, so this could be an improvement on this ability, if not a completely new mechanic. It also hints at potential time travel elements in the next Zelda game, which many fans suspect will play a role in the story of Tears of the Kingdom.

It also seems that there will be new items in the game that are not part of Link’s permanent equipment. Unlike earlier Zelda games, the weapons, shields and bows in Breath of the Wild were looted during the game, could break and had to be replaced. The new shield featured in the Tears of the Kingdom trailer could breathe fire into an enemy while in use. This means that Link can have a choice of both defensive and offensive shields, which adds variety to the fight. There is also a small chance that this could mean deeper weapon creation in Zelda, with upgrade and repair mechanics that will be combined with looting from the first game. This could be a pretty smart move, since the frequency of weapon breakdowns was a common occurrence for fans of Breath of the Wild.

The last piece of equipment that was pretty easy to miss in Nintendo Direct’s September trailer for The Legend of Zelda: Tears of the Kingdom was a band of vials attached to Link’s waist. The vials contain something with the same color of magic as the hero’s new hand, so it could be related to new abilities in the sequel to Breath of the Wild. It hasn’t been shown in action yet, but some suspect it could be a new magic counter for Link’s abilities, similar to those in the old Legend of Zelda games.

New options for passing in Tears of the Kingdom

The journey to Breath of the Wild was one of his most praised features.

The first photos of Furiosa Set hint at a possible return...

Rust shows in detail its versions of PS4 Pro