Home Entertainment The Legend of Zelda: Skyward Sword, The Origin of The Revolution 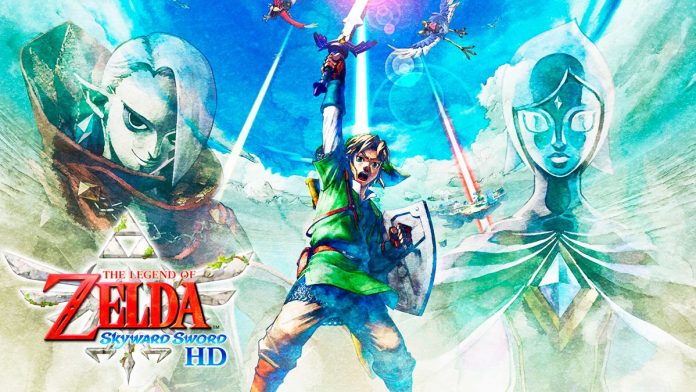 The Legend of Zelda: Skyward Sword, Skyward Sword arrives as a remaster on Nintendo Switch ten years after its release on Wii. What made the game special? When The Legend of Zelda: Skyward Sword was announced, it was inevitable to be excited about what was to come. Nintendo had decided to rearrange the entire saga with an official chronology, and with the series’ 25th anniversary, the new title for Wii was going to be the origin of it all. The origin of the master sword. The premise was attractive enough, because since Ocarina of Time the company had taken a certain commitment to the historical connections of the saga. Skyward Sword also wanted to go a step further in what we had seen.

The first time I played the game was precisely in a Nintendo campaign, which wanted to remember from the press and influencers those best moments with the saga. The first impact was precisely linked to what we saw on the screen. The title managed to find a balance between those of us who enjoyed the cartoon style of Wind Waker and those who had been asking for a darker proposal with Twillight Princess. Colorful, with a watercolor style and maintaining a certain expressiveness, Skyward Sword easily entered through the eyes, but it caught you by its most important aspect: the playable.

I have always said that the Zelda saga is the benchmark of all the consoles in which it appears. If a Nintendo platform has specific functions, the best exponent to exploit them is the series starring Link. And that has happened in the same way. From the Nintendo 64 controller through the layout and proposals of Ocarina of Time to the use of the microphone, the stylus and the touch screen in Phantom Hourglass. In Skyward Sword we were not going to be less, and the game remains one of the best when it comes to using motion control and the features of the wiimote + nunchuk.

The quantum leap when it came to combat with respect to motion control in Twilight Princess was evident. As was also the case that the game was designed here with this control system in mind and not the other way around. Combat played an important role in everything we did, providing an added complexity and satisfaction to any confrontation. Surely we have all thought about wielding Link’s sword on more than one occasion, and in Skyward Sword we were able to do so. One of the great moments that we have to remember is the confrontation with Don Gera, or the melee battles with Grahim. It was no longer a matter of always doing the same thing in combat, but rather that there was a certain strategy to follow. But he not only excelled at this.

Skyward Sword caught you, simply speaking, because it pushed you to do things. Many. Simple. But entertaining. Using the shield and sword as if we had them in our living room was just the beginning. The mechanics of the objects also got us fully into what the game proposed and the telebeetle became, in my point of view, one of the best items in the entire saga. The use of objects, such as the butterfly net, was differential: we had already had it in A Link to the Past, but controlling it here with the wiimote and not with a button, was something else. All this meant that we were in a game with much more limited scenarios, but with a huge amount of actions to be carried out in each one of them. Without a rest.

Skyward Sword can be considered as a dense game, which also has the ability to connect very well with Breath of the Wild despite being very different. The energy bar system to perform physical actions -and their management-, elements such as climbing, running or being able to improve our equipment are proposals that were presented in 2011 for Wii and that have been transferred to a totally different idea of ​​the game as was Breath of the Wild in 2017.

For all this, the return of The Legend of Zelda: Skyward Sword is a good opportunity for those who do not know the saga as it was before Breath of the Wild. Because the gameplay is still the central axis of everything we do, because despite being a much more linear game, it has a backtracking system that invites you to revisit places from different points of view; and above all, because there is no lack of epic, ingenuity in puzzles that constantly force us to constantly develop spatial intelligence and a soundtrack that brilliantly accompanies the best moments.

Skyward Sword was not a perfect game far from it, but it is a title that 10 years later can serve to vindicate another more traditional way of understanding the saga, although even within this category it was quite groundbreaking. And, incidentally, show that the Zelda of all life can still be fully valid.

Black Friday Deals on Gaming Chairs 2022: What to Expect