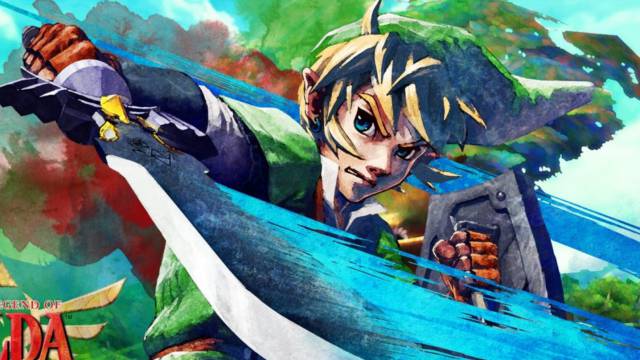 The original Wii game will be released in HD for the hybrid console later this year. First trailer and confirmed details of the first title in the chronology.

Nintendo has revealed The Legend of Zelda: Skyward Sword HD for Nintendo Switch during the Nintendo Direct this February. The title, originally released on Wii at the end of 2011, will celebrate its 10th anniversary with a version adapted to the motion controls of the Joy-Con. It will go on sale in physical and digital format this July 16 exclusively for the hybrid platform.

We are talking about one of the most experimental video games on the Wii Motion Plus; But Eiji Aonuma’s team has adapted two forms of play: motion control and button-only. As the product of the saga has explained, to suit both Nintendo Switch and Nintendo Switch Lite (portable only), the Nintendo team has thought of both solutions in the control scheme. Now it will move at 60 frames per second.

On the other hand, they have announced a pair of blue Joy-Con with motifs of the Master Sword from The Legend of Zelda: Skyward Sword. These controls will go on sale separately on the same date as the game, this July 16.

What about the sequel to The Legend of Zelda: Breath of the Wild?

The direct sequel to The Legend of Zelda: Breath of the Wild was presented publicly last E3 2019, on June 11 of that year. Since then, news with a dropper and always through statements that did not include images or details related to the game itself, but the creative purposes.

On the one hand, in June 2019 we learned that it will be “a little darker” than the original work. “The new Breath of the Wild, its sequel, will not necessarily be related or inspired by Majora’s Mask … what we have shown, though, is indeed a little darker,” Eiji Aonuma told IGN on June 14, 2019 Later they acknowledged having turned the project into something much bigger than what they initially conceived, which was a DLC, but “it was not enough.”

Being too material, they reconsidered: “When we released the Breath of the Wild DLC, we realized that it was a great way to add more elements to the same world […] But when it comes to strictly technical elements, a DLC it involves a large amount of data; you’re adding data to an existing title, ”he commented. For that reason, “when we wanted to add bigger changes, one DLC wasn’t enough. That is why we think that maybe a sequel would be a better fit. ” And so it has finally been. In a job offer that same July we learned that there will be “dungeons” in the sequel.

Finally, we recommend reading this other article dedicated to the meaning of the Gerudo texts from the E3 2019 presentation trailer. Now, we only invite you to read it if you have finished the original The Legend of Zelda: Breath of the Wild.

In case you are thinking of getting started in The Legend of Zelda saga, we recommend consulting this report; We explain in detail how to start in the saga and in what order to play it. 35 years of history have given rise to a multitude of unforgettable works.

You can find out here all the news presented during the Nintendo Direct in February 2021.