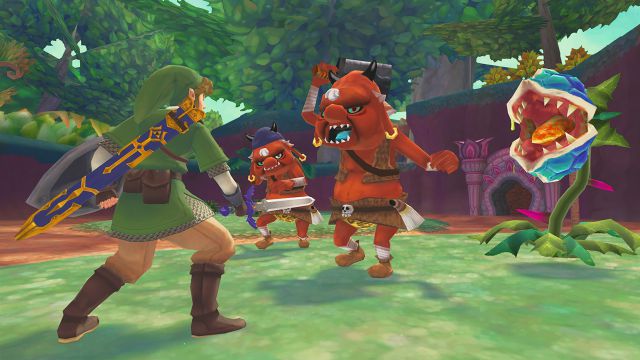 The Legend of Zelda: Skyward Sword HD: In the original Wii game it was not possible to control the camera, so it becomes one of the most interesting developments. The version of The Legend of Zelda: Skyward Sword that came out in 2011 exclusively for Wii would not allow players to have direct control over the camera. The title, which will arrive soon in a remastered version for Nintendo Switch, has incorporated a number of extra features. Although it has not been officially announced, a video posted on Nintendo America’s social networks suggests that users will be able to move the camera freely.

The truth is that in the tweet in question they do not refer to this novelty at any time, although they do specify that changes have been implemented “in the first hours” of the adventure, in order to make the gaming experience more satisfactory. In the aforementioned clip, you can see how the camera moves around the character, something that was not present in the Wii version.

The facilities of the new controls

This is explained by the type of control offered by the old Kyoto machine, which required the use of the Wii Remote and the Nunchuk. Therefore, there was only a single stick to control the movement. As the controls did not have a second stick, it was impossible to handle the camera in that way. What they could do was use the Z button to reposition the focus just behind Link. On the other hand, in Switch you can use two Joy-Con or the traditional control, so on paper it is easier to implement a free camera with the new adapted control schemes.

The Legend of Zelda: Skyward Sword HD will be available on July 16 exclusively for Nintendo Switch. The game will run at 60 FPS with high definition resolution. In addition, Nintendo has adapted the controls to the different ways of playing on Switch, so that it can be played both traditionally (controller or portable) and using the motion controls. Some quality improvements have also been incorporated, such as autosave, the possibility of silencing Fey’s advice or the option to skip some cutscenes, among other things.

“I never thought that my daughter…” — Remember How Arnold Schwarzenegger...