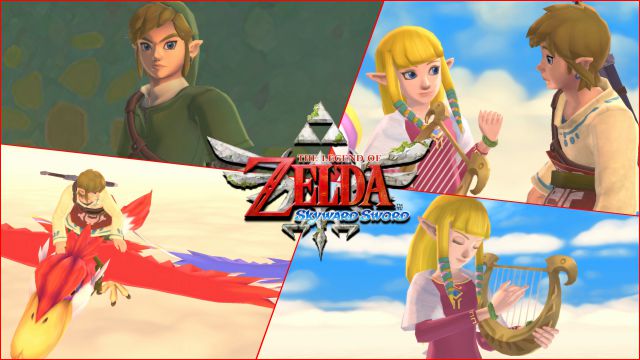 The Legend Of Zelda: Skyward Sword: The title will arrive with 60 FPS on Nintendo Switch this July. Additionally, a Zelda amiibo figure with an exclusive function will be sold. The Legend of Zelda: Skyward Sword HD is getting closer and closer on Nintendo Switch. After its announcement last February on the occasion of the Nintendo Direct, the company has shown new high definition images of the work, an original Wii, with technical improvements, visual fidelity and in the control plane.

This past week we learned that a Zelda and Pelicaro amiibo figure will also be sold – separately. This figure will allow you to unlock a quality of life improvement that will allow you to apply fast travel at any time, without the need to resort to statues, to go immediately to statues with which to manage your inventory. Even if we are in dungeons. This function will be exclusive to this figure.

You can see the more than 30 images below.

The premiere of The Legend of Zelda: Skyward Sword HD on Nintendo Switch will take place this July 16 in physical and digital format (eShop). Its premiere in 2021 will coincide not only with the 35th anniversary of the series, but also with the tenth anniversary since the premiere of the original Wii work, which hit stores at the end of 2021; in the final stretch of life of the motion control console.

This time, the remastering will allow you to play at 60 frames per second and in high definition, the two main novelties on the technical level. On a mechanical level, it will be possible to choose between using the original motion controls with the two Joy-Con controls, which have been adapted for the occasion; or embrace a more traditional methodology with buttons, something that the more classic players or those who use a Nintendo Switch Lite will prefer. We can also opt for the button method with the Nintendo Switch Pro Controller.

Additionally and sold separately, Nintendo will market this June 16 a pair of Joy-Con with special Skyward Sword motifs; they are mainly blue in color. Also, the aforementioned new amiibo figure of Zelda and pelicaro, whose price will be around 25-28 euros in Spain, depending on the distribution chain.