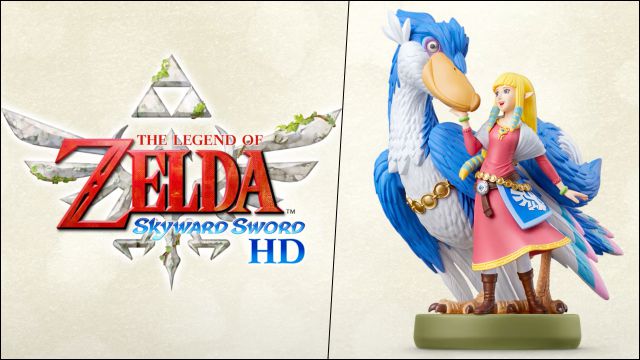 Rapid travel from the surface to Altarea; featured feature of the new amiibo
According to the information, the Zelda and Pelicaro amiibo will unlock fast travel between the surface and the sky; even if we are in dungeons or buildings, thus facilitating some tasks and speeding up processes. “The” Zelda and Pelicaro “amiibo can be used at any time while exploring the outside world or dungeons to create a save point and return to heaven. If you touch the amiibo again while you are in the sky or visit one of the many floating islands above the clouds, the player will be able to return to the previously created control point, ”they indicate in the statement. “The use of the amiibo in the game will create a control point to travel between the sky and the nether world,” they clarify.

For example, if we run out of objects while exploring a scenario or dungeon, we can quickly return to the Altárea bazaar and buy everything we need in the shops and slogans of the floating islands. Once we have all the inventory ready, we can return right where we left it.

An accessibility alternative that will require, yes, the purchase of this amiibo figure; it won’t be in the title options menu.

The Legend of Zelda: Skyward Sword HD will arrive this July 16 exclusively for Nintendo Switch, for the first time in high definition. Originally released in 2011 on Wii, it tells the oldest story in the series’ timeline and shows the events surrounding the creation of the Master Sword.

The remastering will run at 60 frames per second and will feature improved controls, including improvements to motion control with both Joy-Con controllers as well as buttons, an alternative for those who prefer traditional commands (not possible in the original game). Those who play on Nintendo Switch Lite or with a Switch Pro Controller, for example, will be able to use this type of control. That same day, a pair of Joy-Con controllers with blue colors and special Zelda motifs will be marketed: Skyward Sword.

Sweet kiss of Prince Louis and Kate Middleton at the platinum...