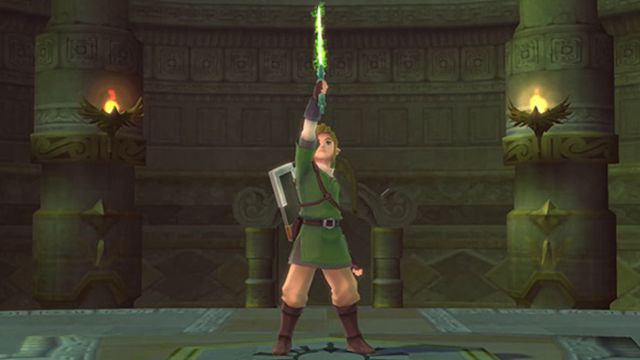 The Legend of Zelda: Skyward Sword HD: The high-definition version of the Wii classic comes to Nintendo Switch with improved graphics, playability and performance. The hero who saved Hyrule from destruction, Link, is back once again with an adventure that takes us to the skies. The Legend of Zelda: Skyward Sword HD is the remastered version of the original Wii game, returning just in time for the saga’s 35th anniversary. He does it on Nintendo Switch, the current machine of the Kyoto company. Under the title ‘A Hero Rises’ (A Hero Rises), the Japanese present a completely new trailer for the video game.

This new edition of the classic includes better performance compared to the Wii game. This way, it will work at 60 FPS, while the resolution also presents an improved appearance. Nintendo has not limited itself to revamping these aspects, but has also made somewhat more profound changes, especially in terms of control. While the 2011 title only had motion controls (Wii Motion Plus), the current version has been adapted so that it can also be played in a traditional way. In either case, both options are available for the player’s enjoyment.

The Japanese company has implemented some more changes. To begin, we can silence Fey, the creature that accompanies us and that does not stop giving us advice without stopping. Speeding the dialogues at a higher speed will be a possibility, as well as obtaining information about the objects in a more simplified way. Video scenes and tutorials can also be skipped. In addition to all this, there will be auto-save points.

The Legend of Zelda: Skyward Sword HD will be released on July 16 exclusively for Nintendo Switch. At the moment, both this video game and the special Zelda Game & Watch are the only products confirmed for the anniversary celebration. The sequel to The Legend of Zelda: Breath of the Wild will not be released until 2022, but there is still no more specific date.

When Calls The Heart: Season 9 Of The Series Is Now...