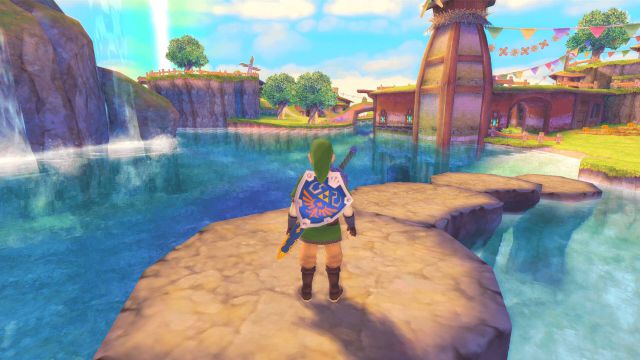 The Wii classic will return to Nintendo Switch with a version that will work at a higher resolution and at 60 fps.

Nintendo has not yet revealed its plans for the 35th anniversary of The Legend of Zelda, a saga that has been the protagonist of almost every machine in Kyoto. During the Nintendo Direct last February, the Japanese company explained that it still could not show the sequel to Breah of the Wild, but Eijo Aonuma, producer and head of the brand, took the opportunity to announce The Legend of Zelda: Skyward Sword HD for Nintendo Switch. The Wii classic will come with improvements and adapted control. Now, according to the official Twitter account of the North American division, the game will have smoother control than the original.

“Unfold your sword with the right Joy-Con and raise the stage with the left Joy-Con!”, They posted in the tweet. “In The Legend of Zelda: Skyward Sword HD, the original controls have been recreated on the Nintendo Switch and are smoother and more intuitive than the original version.”

The improvements in Nintendo Switch

The new version does not suppose a graphical jump, but the resolution is adapted to show more defined graphics, not to mention the rate of images per second. The Wii game had framerate issues, so the Switch will allow it to run at 60 fps.

The game will respect the visual style of the classic, although it will change some textures and refine certain colors, small changes with which they will try to reinforce the playable experience. The motion controls will be respected when unhooking the Joy-Con from the console, although yes, Nintendo also allows you to play it in a traditional way both in portable mode and with the console connected through the dock on the television.

The Legend of Zelda: Skyward Sword HD will go on sale on July 16 in both digital and physical formats. In addition, it will be accompanied by special themed Joy-Con.

BTS leads the industry thanks to the success of their music