Home Entertainment The Legend of Zelda: Skyward Sword. A Matter Of Design: Your Multifunction... 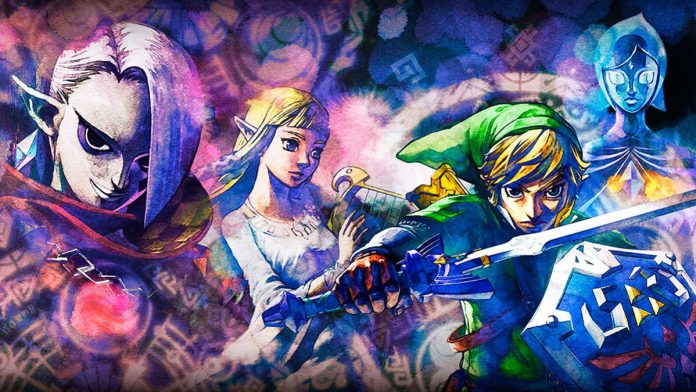 The Legend of Zelda: Skyward Sword: With the Switch remaster out now, we revisit this Wii-native Zelda to see the quirky way Nintendo built its world. Last Friday, Skyward Sword HD arrived on Switch to complete the pentalogy of restorations of Zeldas 3D pre-Breath of the Wild (although the previous four are still distributed between 3DS and Wii U with no news of ports to the hybrid console). And although the remastering as such seemed somewhat fair, especially next to other precedents of Nintendo itself, it does not change that it is a great addition to the catalog, nor one of the most interesting games to comment on and off the saga. The intensive use of motion controls has always been a contentious point, since the first demonstration carried out by Miyamoto during E3 2010 (with added problems in detecting interference from other devices).

However, Skyward Sword is much more than the Zelda of “fighting Wiimote”, and not only because now it can be fought with Joy-Con or buttons and analogs, but because it also remains a unique design exercise. It is a game whose exploration blends with the puzzles in a different way than any other installment in the saga, and also that raises the returns to known scenarios as tests that use previous experience both in our favor and against us. That is precisely why we have thought about dedicating a second post-analysis text to it, similar to the one we did a couple of months ago with Resident Evil Village. To stop to take a more in-depth look at how it works and focus with a magnifying glass on the Eldín volcano.

The density of the lower lands

First of all, it should be clarified that we will not get into important plot spoils – in case someone is playing it for the first time and has not finished it yet -, although we will detail peculiarities of development in this region, to which the main plot leads us several times to meet different goals. In fact, choosing Eldín, and not Farone (forest) or Lanayru (desert), is precisely because its initial area, the slope of the volcano itself, is the one that receives the most uses, and therefore offers more examples to see both the positive as well as negative side of focus.

Coming from the large – and at times empty – interconnected grasslands of Twilight Princess, one of the studio’s priorities during the creation of Skyward Sword was to increase the density of the playing field outside the dungeons as well, even forming several groups to design and remove the maximum possible party to each one of the four great areas. Although there was communication and quite a few decisions with consequences across the different zones, all of them, including Celéstea (which at a superficial level might seem like a rethinking of The Wind Waker ocean in the sky, but which in practice functions more like the countryside of Majora’s Mask for serving as a link between the main city and the other regions) had their vision, with their own ideas and objectives.

Granny Goes Viral For Being ARMY And Attending A BTS Concert