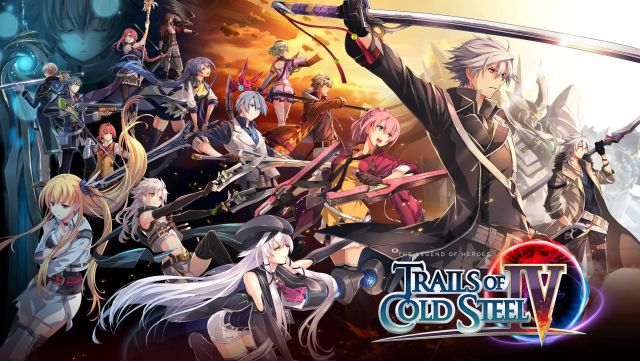 We analyze what the fourth installment of Trails of Cold Steel gives, a title that is the culminating point in the history of Rean Schwarzer and Class VII.

With a certain delay, the recent installments of The Legend of Heroes series are finally arriving at our borders. In the case of Trails of Cold Steel, this subseries began its progression in a somewhat checkered way in its versions of PlayStation 3 and PlayStation Vita with the arrival of the first two installments during the end of the Sony desktop cycle. The leap to the new generation with PlayStation 4 would mean a change in the quality of the series, since it would offer a revamped graphic section drastically improving the level of detail in both character modeling and scenarios, in addition to tweaking the interface of the combat system, that in essence it would retain its characteristic features, with the release of the third installment of the series.

In the West we were fortunate to receive last year the remasters of the first two installments of the series, which offered all the content per download included, while we would see the arrival of the next title, Trails of Cold Steel III, which began the second. part of the Erebonia Arc with Rean Schwarzer taking on the role of instructor for the new Class VII. Today we get the fourth and final installment of this arc in which we will see the end of Rean’s story and the climax of his confrontation with Giliath Osborne. Next we will detail what this new title has given.

The story of this new installment takes place two weeks after the events that took place at the conclusion of the previous title, with the continent of Erebonia on the brink of a new war in which the Empire prepares for a conflict that will face the Republic by Calvard. Meanwhile Juna Crawford. Kurt Vander and Altina Orion awaken in the village of Eryn under the auspices of Roselia Millstein, the most powerful witch who leads the Hexen clan, along with the members of the old Class VII. In view of the events and the low morale that prevails, the determination pushes Juna Crawford and his companions, Altina Orion and Kurt Vandal, to venture in search of Musse Egret and Ash Carbide in the hope of, along with the members of the old Class VII locate the whereabouts of the missing Rean Schwarzer to, with his help, stop the advance of the Great Twilight, a phenomenon that has affected much of the region and its people and that will lead to the end of the world, while the plans of Giliath Osborne and his followers.

The action of the game will take the group through the different areas of Erebonia, including the views in the previous title along with new locations that will be visited as the plot progresses, facing the monsters that will be found along the way, as well as bosses, including some of the villains in the series. To help them on their journey they will have the help of the members of the old Class VII, who can be selected as part of the battle group at certain times, and also of the members of the Thors Academy branch, dispersed after the end of the last game and that will provide support through certain moments of the game during the plot development, not becoming participants in the combat in this case. It becomes evident, therefore, especially for those who have played the series in its entirety, the similarity of development of this game to Trails of Cold Steel II. As in the previous title, several of the graduates of the main campus, appeared in the first two titles, will make an appearance both as part of the development of the plot, and invaluable help, as well as to carry out specific tasks for them, such as the In the case of Rex, who in this case will fill Vivi’s role to send her images of different areas of Erebonia.