Home Entertainment The Legacy Of Jupiter: 7 Series Similar To The Production Of Superheroes

The Jupiter’s Legacy (Jupiter’s Legacy, in the original) debuted on Netflix last Friday (7) and continues to figure among the Top 10 productions on the platform. The success can be answered by the growing interest of the public in more in-depth stories about superheroes, which have gained a lot of prominence in the last decade.

Despite having a narrative arc quite different from the Netflix production, Heroes, in its first season, brought several elements that refer a lot to The Legacy of Jupiter. Although the heroes of this production do not wear capes and exhibit their powers, it is also one of the best examples of creating credible characters and heroes today.

Launched by NBC in 2006, the series follows a group of people who gradually learn more about their special abilities, while facing contemporary dilemmas, fears and yearnings.

This series differs from the others precisely because it is unusual and visually stunning. There are major twists and turns throughout the presentation of the episodes, focused mainly on David Haller, a troubled young mutant who is diagnosed as schizophrenic.

So far, three seasons have been released, showing the audience an unforgettable journey around the social relationships between the characters.

Launched by Netflix, The Umbrella Academy also features heroes dealing with deep reality situations. It was made with all types of audiences in mind and, above all, teenagers will be able to identify themselves with the plots presented. The action sequences are very well filmed and the plot has interesting layers that deserve to be watched.

The Doom Patrol series leans towards the absurd, with an amazing character development because of that. Interpersonal relationships are the hallmark of production, which shows its strength over two seasons.

The plot addresses a group of people who, after several unpredictable accidents, gain superhuman skills that can be used for both good and evil. The cast includes Diane Guerrero, April Bowlby, Joivan Wade, Alan Tudyk, Brendan Fraser, Timothy Dalton and Matt Bomer.

Created by Ben Edlund, this series of Amazon Prime Video revolves around a group of misfits superheroes, who have not had much contact with the world and with reality in general. The story mainly follows Arthur (played by Griffin Newman) and a mysterious man in a blue costume (Peter Serafinowicz), who announce to people that they are heroes ready to save them.

Filled with hilarious passages, heroes in flashy fantasies and infamous – and at the same time very clever – jokes, the absurd approach to these powerful beings can provide great moments of distraction and reflection.

Initially Titãs was shown at DC Universe, but with the discontinuity of the platform for audiovisual productions, the series found a new home on HBO Max. Created by Akiva Goldsman, Geoff Johns and Greg Berlanti, the production is based on DC comics, focusing on a group of young superheroes who want to fight the evil around them at all costs.

The third season of the series is already being filmed in Canada and will feature the infamous Arkham Asylum in the narrative.

Right at the launch of The Legacy of Jupiter, many people who had not yet watched the show pointed out that he looked a lot like The Boys. It must be said that although the production of Amazon Prime Video is on that list, the two series manage to be quite different from each other.

It should be noted that there are superheroes in conflict in both productions and both were born out of comics. In The Boys, the public follows the routine of a company that runs a somewhat controversial group of heroes, in addition to another group that intends to end this hegemony for several reasons.

Being a great success for the streaming of which it is part, currently the producers are preparing the 3rd season of the series and a spin-off focused on a university of heroes. 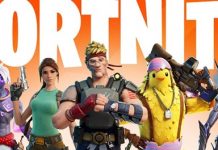 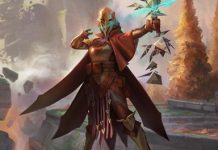 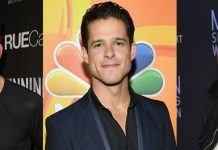