Home Entertainment The legacy of Hogwarts: what is a kelpie? 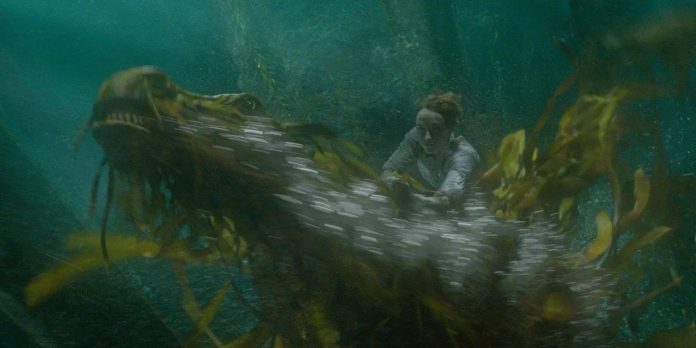 “The Legacy of Hogwarts” from Avalanche Software is nearing release, and the studio continues to reveal new fragments of the upcoming game. Players will be able to explore every corner of Hogwarts Castle, revealing its many secrets, attending classes and honing their magical skills. There will also be many magical creatures around, as well as dragons, centaurs and other fantastic beasts. A recent Hogwarts Legacy leak detailing the contents of each of the game’s releases listed the “kelpie mantle” as one of the available add-ons, suggesting that kelpies may appear.

Like many creatures in the magical world, kelpies are taken from mythology, and they have a fascinating backstory. Although they are not very noticeable in Harry Potter, they strongly resemble their mythological counterparts and are described as beautiful, but very dangerous creatures. Let’s hope that the Kelpies will play a big role in the “Legacy of Hogwarts”, as they are one of the most intriguing fantastic creatures.

RELATED: Customizing the Hogwarts Legacy Wand Is Just As Important as Customizing a Character

What is a kelpie?

J. K. Rowling borrowed a lot from Western mythology when creating Harry Potter, so it’s not surprising that kelpies originate in European folklore. Kelpies originate from Scottish folklore, where they are described as werewolf spirits that usually take the form of equine creatures, although they are sometimes said to also take human form. As a rule, kelpies are found around lakes, and although they are beautiful, they are also very dangerous, since legends say that kelpies drag people into underwater death and devour them. Kelpies are almost impossible to deal with, so it’s best to avoid them altogether, although they can be killed with a silver bullet.

In Harry Potter, kelpies are also aquatic creatures that take the form of a horse, and their hair can be used as the core of wands, although kelpie hair is considered a low-quality material for making wands. Kelpies are mentioned several times in novels, for example, in The Chamber of Secrets, when Gilderoy Lockhart advises Hagrid how to get kelpies out of the well. They are mentioned again in The Half-Blood Prince when Harry and Albus Dumbledore cross the lake in the Horcrux Cave, and Harry worries that kelpies may be hiding in the water.

How can Kelpies affect the legacy of Hogwarts?

If the leaks about the “Hogwarts Legacy” are true, players will be able to don kelpie robes, which will be an easy way to stand out among the average student. There may also be other forms of kelpie clothing, as well as rods with a core of kelpie hair. Perhaps the most interesting thing that Kelpies can show is lessons at Hogwarts. It has already become known that players will attend classes, including “Caring for Magical Creatures”, where players will learn about magical beasts inhabiting the magical world. Perhaps this is where players will learn more about kelpies and maybe even encounter one of them. With amazing monsters like dragons already demonstrated, it’s not so implausible to assume that kelpies can be found in Hogwarts’ Great Lake.

Hogwarts Legacy aims to be an immersive representation of the wizarding world, allowing players to experience the lives of wizarding students. In addition to the companions of witches and wizards, players will also be able to interact with various discovered magical creatures. It seems that the upcoming game will recognize the Kelpies, although it remains to be seen what role they play and to what extent players will be able to interact with them.