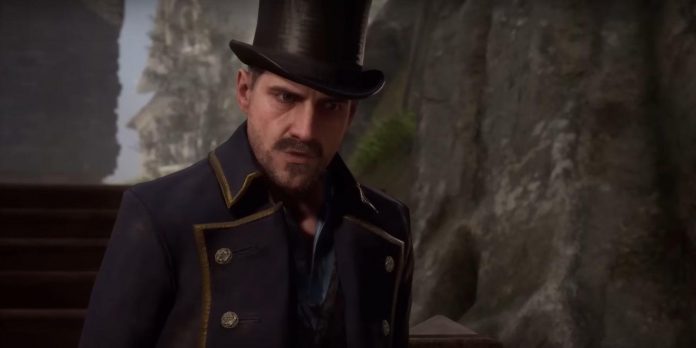 “The Legacy of Hogwarts” has attracted the attention of Harry Potter fans due to its extensive scope and details, as well as fidelity to the source material. The game will allow players to explore Hogwarts Castle and live the life of a magical student, riding a broom and visiting Hogsmeade. Judging by past gameplay trailers, this is an incredibly exciting experience.

Dark plots will also unfold, courtesy of a sinister wizard named Victor Rookwood and his faction of Dark Wizards. He seems to be an interesting character, but it still remains a mystery why he chose the dark path and why he makes strange alliances, as in The Legacy of Hogwarts. If he is anything like the other Dark Wizards from the Harry Potter series, he and his team will have a firm conviction motivating their cause.

The Legacy of the Dark Wizards of Hogwarts

“The Legacy of Hogwarts” will tell about the life of a Hogwarts student at the beginning of the fifth year. Consequently, players will need to get into one of the four houses before they go to magic lessons, where they will learn how to tame magical animals and create potions. Players will also be able to make friends, and as their bond with a companion grows stronger, they will discover more of their useful abilities and learn more about their backstory.

As gamers explore Hogwarts Castle and uncover its secrets, they also encounter some of the darker forces that shape the plot of “Hogwarts Legacy.” This will happen, for example, through the Goblin Rebellion. Goblin rebellions are not uncommon in the wizarding world, and goblins rise up against wizards from time to time to demand equal treatment. Goblins are easy to sympathize with, because throughout the Harry Potter series of books it is shown that wizards and witches believe in their superiority over other magical creatures.

Although noble intentions may be at the core, it seems that there will also be sinister elements associated with the Goblin Uprising in the Hogwarts Legacy. It turned out that the rebellion will be led by Ranrok, a goblin who hates all wizards and witches. However, he is willing to put that aside to work with a group of Dark Wizards led by Victor Rookwood.

Not much is known about Rookwood and his Dark Wizards, although it is likely that they are very interested in the powerful “ancient magic” that the player will be associated with and that Ranrock desires. However, Dark Wizards in the Harry Potter universe rarely want power for the sake of power itself, and usually their malice is motivated by a hidden faith or philosophy. Lord Voldemort wanted both immortality and the domination of pure-blooded wizards and witches, and Grindelwald wanted to dominate Muggles. It is unclear what motivates Rookwood, and it is unclear what benefits he will get from working with Ranrock, who hates his own kind. Their goals may overlap in some aspects, but their partnership is doomed from the very beginning.

Due to the recent delay, players will have to wait a bit to find answers to all the burning questions related to the “Legacy of Hogwarts”. Past trailers have shown that there will be a lot of dark magic in the game, and players will even be able to use the curse of Avada Kedavra. It will be interesting to see how far the villains —and the players—can go down the dark path.

Hogwarts Legacy is scheduled for release on February 10, 2022 on PC, PS4, PS5, Xbox One and Xbox Series X/S, a port for the Nintendo Switch is also in development.