Home Entertainment The Left-Back Returns After a 4-Month Injury As Liverpool U18 Loses to... 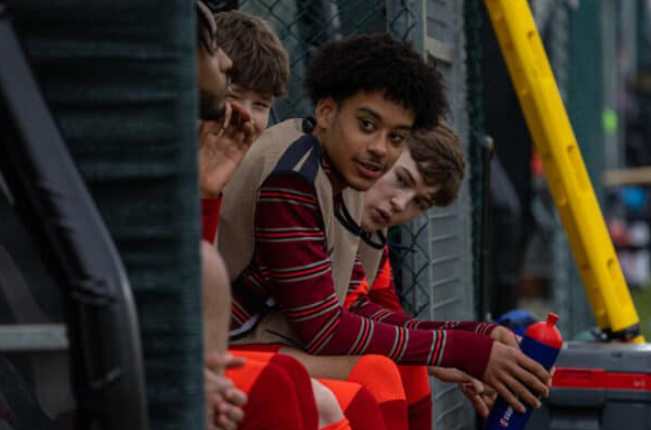 It was a tough defeat for Liverpool under-18s as they were defeated at home by league leader Sunderland, but there was one positive thing on the injury front.

Having returned to competitive action after the 2-1 defeat by Everton, the young Reds returned to the AXA training centre on Saturday when they hosted Sunderland.

Mark Bridge-Wilkinson was left without 16-year-old winger Trent Kone-Doherty, one of the bright sparks of the campaign, due to an injury sustained in the Merseyside derby.

But there was the return of Calum Scanlon: the left-back missed the whole season and took a place on the bench in Kirkby.

Unfortunately, his comeback ended in a 4-0 defeat, and Sunderland’s dominance was demonstrated as they secured a foothold at the top of the Under-18 Premier League, ahead of Man City.

Their first match started in the fifth minute when Henry Fieldson struck from a corner.

Liverpool held on until the break, and the marauding attacks of the central defender and captain Terence Miles were a key feature of their game as they sought to match up.

But Sunderland doubled their advantage shortly after the restart, and Mason Cotcher got a simple chance after the young Reds’ backline fell asleep.

Goalkeeper Luke Hewitson, a former youngster from Sunderland, made several strong stops throughout the match, but in the 54th minute the Black Cats were leading 3-0 when Cotcher doubled his score.

Scanlon replaced Nathan Giblin at left-back that hour and showed signs of his skill by returning to the team, catching up after an impressive start to life at Liverpool.

But Sunderland sealed their victory midway through the half when Ben Middlemas made the score 4-0, leaving the young Reds facing a disappointing three-week wait until the next trip to Bournemouth in the FA Youth Cup.