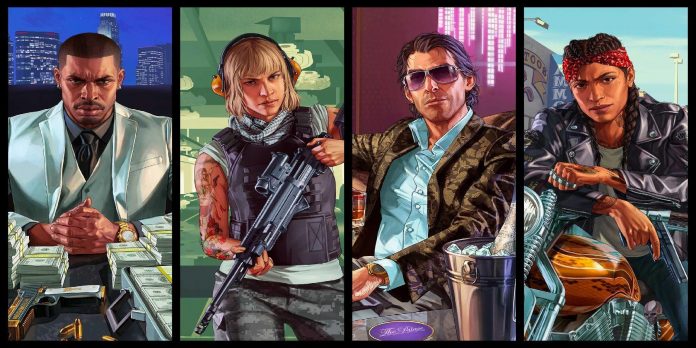 It’s been almost ten years since the initial launch of Grand Theft Auto 5, and three later versions of the game fans are ready for its continuation. For a while it seemed that Grand Theft Auto 6 was a rather elusive game, since no official news about the title could be found. However, in 2022, Rockstar finally announced what many expected: work on GTA 6 has really begun. Even with the official confirmation that the next Grand Theft Auto game is on the way, this did not prevent wild speculation and fan theories from spreading across the Internet.

Anyway, now that fans know that Grand Theft Auto 6 is real and in development, it seems that the number of alleged leaks and rumors about the game has increased. A few days ago, a massive leak of information about GTA 6 made some statements about the plot of the game, the setting and much more. Now another potential leak has been discovered online via the alleged Grand Theft Auto 6 trailer.

The trailer itself was not found in the form of a video on Twitter, but instead a GTA 6 NEWS AND LEAKS user posted what turned out to be a screenshot of the beginning of the Grand Theft Auto 6 trailer. Presumably, this trailer was on Rockstar’s YouTube. the channel is clearly hidden from public viewing, and has since been closed, as shown in the second screenshot posted on Twitter. GTA 6 NEWS AND LEAKS claims that they didn’t take these photos themselves, and that someone sent them screenshots via DM.

Initially, this trailer leak seems untrue. This is mainly due to the fact that the screenshot supposedly showing the trailer shows the ESRB rating for Grand Theft Auto 6. Usually the game is evaluated by boards such as ESRB shortly before release. Considering that even the most optimistic people in the gaming community say that Grand Theft Auto 6 will probably be released sometime in 2024 or 2025, it seems that this leak is almost certainly a fake.

However, despite the possibility that this leaked trailer is a fake, there is a possibility that Rockstar has prepared something for its fans. Currently, there are rumors on the Internet that Grand Theft Auto 6 will be announced in early July, and well-known insider Tom Henderson also said that the company will demonstrate a big game in the same month. It looks like gamers will just have to wait and see what happens.

Penn Badgley from You talks about the “more complicated” process of...