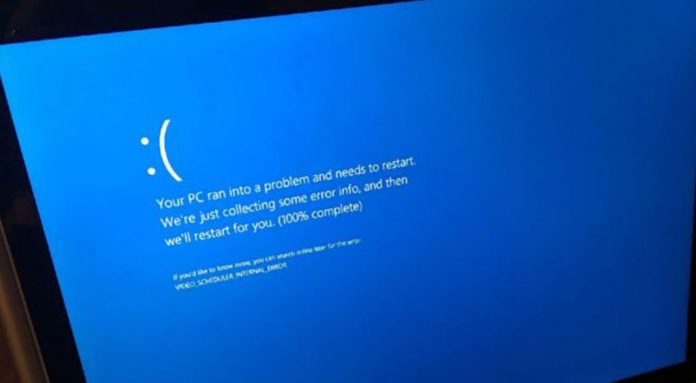 The latest new Windows 10 update released brought a systemic problem. Accordingly, the update can cause your computer to give a blue screen and crash if you use your printer.

According to the report published by Windows Latest, the latest Windows update can cause problems for some printer owners. Users reported that they encountered a blue screen when they opened the dialog box to print from Notepad, Office Programs or other programs. Microsoft, on the other hand, has listed the error on its Windows 10 Support page, stating that it is aware that the printing attempt can cause a blue screen on your PC in certain circumstances. While the company hasn’t released a fix yet, it said on its website, “We are currently researching and will provide an update when more information becomes available.”

It is not clear how common the problem is. However, Windows Latest has stated that there are numerous error reports that have popped up. Also, while Windows users focused on Reddit, one person stated that this problem was on all 4 computers. Another said, “We just received 3 phone calls from customers who had the same problem.”

If you run into this problem, the easiest solution seems to be to roll back the latest Windows update. To do this, simply open Settings> Update & Security> Windows Update> View Update History> Uninstall Updates> Uninstall or manually uninstall the patch in Command Prompt. Because some Reddit users have confirmed that this solves their problems.