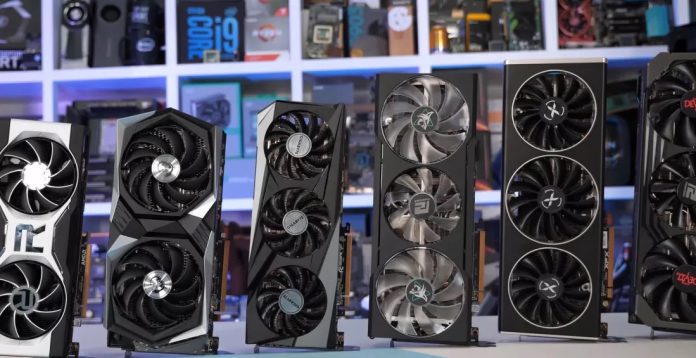 And more and more people are using Windows 7

In short: Valve has published the results of the October Steam survey. Last month’s figures, based on the voluntary participation of millions of users of the platform, show that gamers are again buying graphics cards with a higher level of performance after a month when cheaper GPUs were the best.

The GPU section in the Steam survey shows that the RTX 3060 has again become the most productive card that we have seen in previous months. It grew by 1.95% and amounted to 5.47%, which made it the fourth most popular card among participants.

In addition to a couple of older cards (GTX 1660 and GTX 1060), which showed growth last month, the top twelve in terms of performance included Ampere and Turing products of medium and high level, such as RTX 3070, 3070 Ti and 2080 Super. . This contrasts with the September survey, in which older and less expensive cards showed the biggest increase. Gamers can upgrade to deal with more demanding games like Plague Tale Requiem and the upcoming remake of Dead Space (and, to a lesser extent, Call of Duty: Modern Warfare 2).

The most productive video cards in the last month

The most popular card among the participants remains the GTX 1060, the best card since it replaced the GTX 750 Ti in January 2018. We also see that RTX 2060 has moved from third to second place. Next on the list is the RTX 3060, which has moved from sixth to fourth place. If you combine its share with the laptop version, it will make the RTX 3060 the most popular GPU on the list.

The most popular video cards among the participants

October was a bad time for AMD. Its share of processors has been falling for the fourth month in a row compared to Intel, dropping below 30% for the first time since August last year. Considering that Ryzen 7000 sales started slowly, and Raptor Lake sales look high, the Reds team is not having the best of times right now.

Elsewhere, the number of Windows 10 users has increased, while Windows 11 has recorded a rare decline. And despite the fact that Microsoft discontinued support a few years ago, the number of Windows 7 users increased by 1.19% last month. As for RAM, 16 GB secured the place of the most common amount of memory on people’s computers, and Oculus Quest 2 is by far the most popular virtual reality headset (41.49%).

Apple Music: When Will You Be Able To Choose Free Spatial...