Home Entertainment The latest Call of Duty: Modern Warfare 2 video is dedicated to... 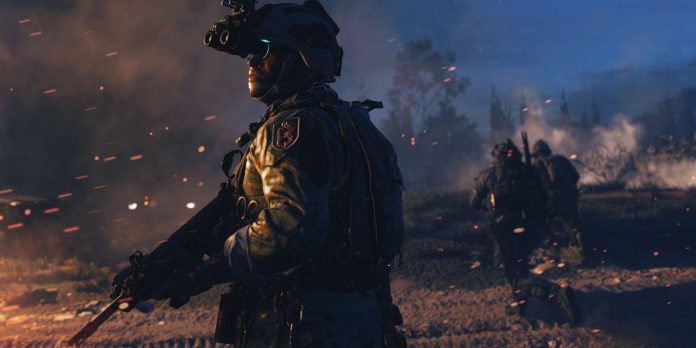 In many FPS games, many factors must be taken into account at the creation stage in order to create an immersive universe, and Modern Warfare 2 will not be an exception. The presentation of Modern Warfare 2 to the gaming community was accompanied by a dynamic trailer, in which an incredible amount of content was shown in less than a minute with helicopters, explosions and shooting — sounds that are important for creating an atmosphere.

Infinity Ward has released an Intel Drop with Stephen Miller, director of sound, who explains how they work in tandem with the development team to ensure that all sound matches the overall tone of each part of the game. He goes on to explain how they will explore different locations to get better sound by listening to their surroundings as they prepare to record. Modern Warfare 2 promises to be a story filled with many operational missions in new environments, which means that players will want to explore and try out new environments.

The focus at Intel Drop is on creation, and Miller explains that they are constantly striving to improve and move forward to provide players with a more comfortable experience. Examples given include three-dimensional targeting so that players can hunt based on what they hear, and new sounds played with better equipment. The video shows not only helicopters in flight and firing guns, but also heavy artillery, such as tank and cannon fire, as well as an explosion. Given the importance attached to connecting the pieces of the puzzle with sound and environment, it’s not surprising that the sound department will go to incredible lengths to improve everything, even the classic maps that can return to Modern Warfare 2.

Miller also draws attention to the fact that players will want to explore and try everything that means having a reactive sound. This will be especially true for the multiplayer modes of Modern Warfare 2, given the huge combinations of game styles that will be combined with each other. While the video shows most of the familiar sounds of gunshots and helicopters flying overhead, the sound team also shows paying close attention to finer details, such as closing the helicopter door, rattling the seat and reloading the weapon. Miller claims that the sound engineering team is always looking for ways to improve, having multiple systems set up to run things, but also eager to move forward to learn even more.

Battlefield 2042 Has Received Over A Million Cheat Attempts