Home Entertainment The Latest AMD RDNA 3 Presentation Seems to Have Removed The Slide... 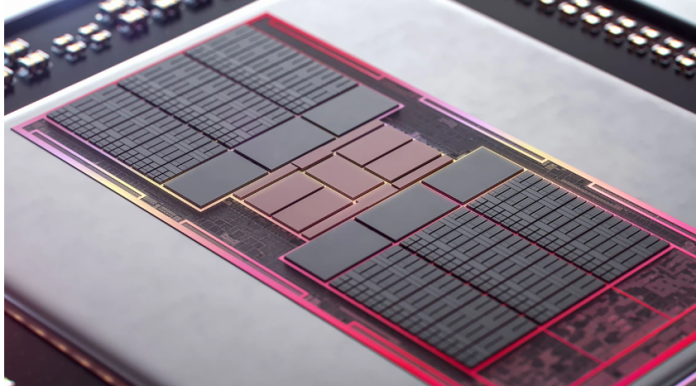 What to expect: in his interview with PC World, the chief architect of AMD gaming solutions, Frank Azor, made it crystal clear in which class the Radeon 7900 XTX will compete. According to AMD, the flagship is designed to trade beats with Nvidia’s RTX 4080, not the more expensive 4090. However, the note to AMD’s November 3rd presentation refers to the 4090 comparison slide, which seems to have been removed.

The recent announcement of AMD RDNA 3 was met by fans and critics with a healthy mix of delight and skepticism. While many praised AMD for their innovations and achievements using the new chipset-based architecture, others were quick to point out that Team Red has no direct competitors for Nvidia’s hot new GeForce RTX 4090.

Frank Azor from AMD was one of the first to explain the company’s position and its proposals in his post-presentation interview for PCWorld. During an interview with Gordon Mach Ung of The Full Nerd, Azor stated that the $999 7900 XTX is a competitor to the RTX 4080 and is not designed to compete with Nvidia’s nearly 60% more expensive flagship.

On Friday Computerbase.de updated the previous article, which discussed AMD’s attempts to make 7900 series GPUs direct competitors to AMD RTX 4080. The update highlights an omission in AMD’s November 3 presentation, which explicitly mentions AMD testing on a “system with a similar configuration” equipped with RTX 4090.

According to the slide with AMD notes and attributions, the RX-841 note refers to a slide and information that was not in the final presentation. A note about the missing slide seems to show that AMD may have at some point tried to compare the performance of the 7900 XTX with the performance of the RTX 4090. It may also seem that the test results did not give the narrative that AMD wanted to tell. prompting them to completely remove the slide and test links.

Despite the marketing confusion, AMD continued to prepare for the launch of RDNA 3, using every opportunity to congratulate Nvidia on their recent achievements and media coverage.

It’s no secret that companies strategically choose marketing data to present their products in the best possible light. However, it’s a great reminder that we consumers need to diligently conduct our own research.

AMD, Nvidia and any other company competing for your money will tell you what they want you to know about their products. As consumers, we have an obligation to dig deeper and make sure we have all the information we need to make an informed decision.

AMD Radeon RX 7900 series graphics cards should be presented on December 13 on the website AMD.com and the participating partners. Looking forward to our full reviews.

How to watch Hulu streaming in Brazil?

From Jet Rocket to Elven Ring: how the open world games...