Home Tech The Last Spell, alone against the apocalypse, turn by turn 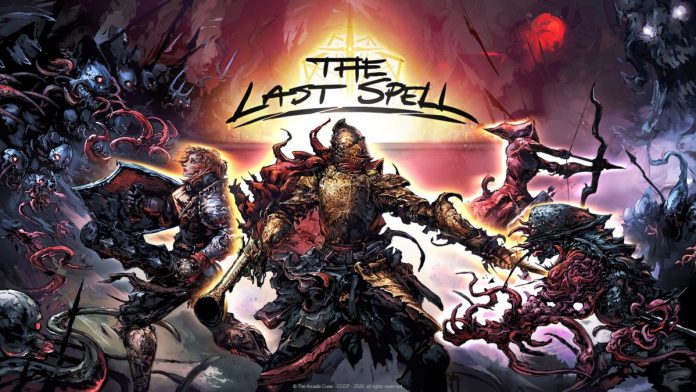 A handful of men against unstoppable hordes of mutated creatures and demons. Here’s what this turn-based tactical game offers

The world is in ruins. The folly of power-hungry wizards have opened the dimensional gates to a purple mist that has corrupted men, turning them into a horde hungry for flesh and blood. Armies have fallen, cities have been laid waste. The few survivors, tired and mutated, cling to a burning nail: a spell that wipes all magic from the face of the earth, the last spell, the last hope. Performing that feat of magical mastery requires that what remains of the order spend days and nights without rest weaving the spell, and that is where we come in.

The Last Spell is a title that combines elements of Roguelite with a tactical turn-based combat system, in which a few units must defend the last bastion of humanity and hordes of monsters that arrive in waves every night, with the objective of protect the circle of magicians that is performing the rite. For this, it is structured in two phases: the day, in which we can level up our units and use resources to build defenses and infrastructures; and the night, in which the group of veteran adventurers must try to repel the dozens, and even hundreds of creatures that pounce on us.

The end of magic. The last hope

The tactical system of the game is interesting in the sense that it is, first, procedural, so you never know what you are going to find each night. And, second, surprisingly agile since despite the huge number of creatures, these in their turn move at the same time, like the horde that is, so the rhythm does not suffer. It is also quite unique due to the fact that we fight real waves of enemies stacked with each other, impossible to fight individually. Fortunately, a good part of our attacks are either area, or have chaining effects with adjacent units. This is where the tactical part comes in, in which we must bear in mind the positioning of the enemies, make sure that we spend our resources as effectively as possible and minimize our losses (which also implies avoiding friendly fire).

If the enemies reach our walls and our infrastructures, they will damage them until they are destroyed. We may think that as long as they do not reach the circle, everything is fine, but the days go by inexorably and resources are scarce to rebuild continuously. The more damage they do to our walls, the more it will cost us to raise them. The more houses and infrastructure they destroy, the fewer workers and fewer resources we will have to get through the days. And the more wounds our men suffer, the worse we will have them the next night, since they will not recover all their life and mana in the rest of the day without extra help in the form of certain structures or expensive potions.

Tournament The Ground is Grefg’s Lava in Fortnite