Home Entertainment The Last of Us: Washington Liberation Front Explanation 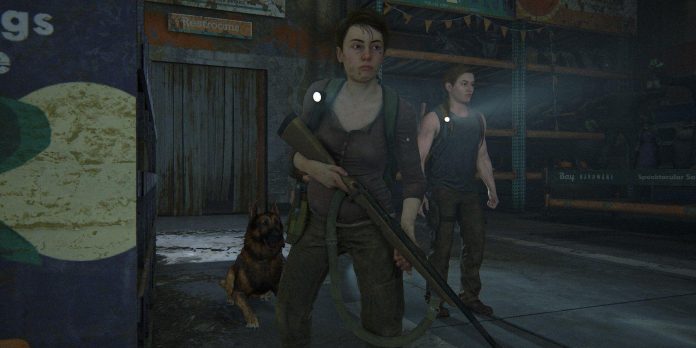 The world of The Last of Us is a dystopia in which society collapsed due to a nightmarish epidemic that turned most of the population into bloodthirsty zombies. For the few survivors, life is hard, and those who do not want to resort to cruelty risk becoming victims. Instead of the government, several factions have emerged that are trying to seize control and implement their vision of what society should look like, including Fireflies and Rattlesnakes.

One of the factions that players face in The Last of Us series is the Washington Liberation Front. They use military tactics and use powerful military weapons. Although the group is prone to violence, its members experience warmth and a sense of camaraderie that can make WLF feel like a family. Through WLF, players learn not to jump to conclusions and not to resort to simplistic judgments, because people are often much more complicated than they seem.

The WLF, also known as the Wolves, is a paramilitary group based in Seattle. It is led by a ruthless but effective leader named Isaac. The group was created to fight FEDRA, and its fight against a government organization leads to the WLF being declared a terrorist organization. However, ordinary people love the WLF, and some FEDRA soldiers even desert and join the opposition.

Thanks to its ability to increase its numbers, the WLF manages to capture all FEDRA posts in the city. However, this does not mark the end of the faction’s feud, and antagonism is growing between it and the Seraphites, a group that WLF often disparagingly calls the Scars. Both factions use violence against each other, and for a while it seems that the cycle will never break. While the WLF can instill fear in its enemies, there is a strong sense of family within the group.

Throughout the events of The Last of Us series, players see several members of the WLF, including Nora, Whitney, Nick, Jordan and Manny. The most notable members are Isaac, Owen and Abby from The Last of Us Part 2. As stated earlier, Isaac is the leader of the group, and he is known for his ruthlessness and hatred of the Seraphites, an enemy group. Owen starts out as Abby’s friend, although their relationship eventually becomes romantic. However, Abby is not the only one who misses Owen. Mel, another WLF member, also becomes romantically involved with Owen, and eventually she becomes pregnant with his child.

Although Abby does not appear until the second part of The Last of Us, her story begins in the first game of the franchise. Her father, Jerry, is a surgeon working for Fireflies. He is a kind man who loves animals, and he is perhaps one of the few remaining people who have the experience to create a cure for the infection ravaging humanity. At first, Abby is a member of the Fireflies. However, everything changes when Joel and Ellie are admitted to St. Mary’s Hospital. Jerry has to operate on Ellie, and although the operation will kill her, it also gives hope for the future of humanity.

Joel can’t come to terms with the thought of Ellie’s death, so he kills Jerry and the Fireflies protecting the hospital. Jerry’s death devastates Abby, leaving her with night terrors. After her father’s death, Abby devoted herself to weightlifting, turning her body into a formidable weapon. By the time the main events of The Last of Us Part 2 begin, Abby is more muscular than most of the men she meets. She also knows how to handle weapons, which allows her to serve as a competent WLF infantryman.

Two sides of each story

WLF is an interesting group illustrating many of the main themes that The Last of Us Part 2 is trying to convey. Most importantly, it shows that every story has two sides, and sometimes it’s just not good to look at things one-sidedly. For many, especially for characters like Ellie and Tommy, as well as for Seraphites, WLF is a bunch of cruel thugs who do not deserve sympathy. However, for WLF members, the group is a close—knit family where everyone cares about each other. Such loyalty is hard to find in the dystopian world of The Last of Us, which is why they value each other so much.

It is also no coincidence that WLF is known as Wolves. Throughout the games, players are constantly shown that dogs have two sides. They can be vicious creatures capable of maiming and killing. In another context, they can also be one of the most loving and devoted beings. Throughout the series, gamers discover that the same applies to people who have the power to love and destroy. That’s the case with Ellie, who can be sweet, but can also be mean and unforgiving.

GTA: Trilogy Withdrawn From Sale On PC Due To Rockstar Customer...