Who previously held such feat was the acclaimed The Witcher 3: Wild Hunt, with 260 GoTY awards since its launch in 2015 – the year in which it also established itself as Game of The Year on the TGA.

The Game Awards website ranked the titles with the most awards since 2003. Ellie and Joel’s first adventure holds an incredible 254, placing third on the list behind The Witcher 3. Check out:

And it was not only out there that The Last of Us Part II was consecrated, no. Here in Brazil the title of Naughty Dog was also very well received by the critics and took home the game of the year award for the Brasil Game Awards – in addition to having won in other categories of the award. 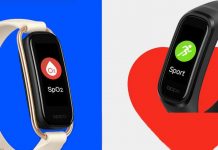 Is there a new Silent Hill game coming?