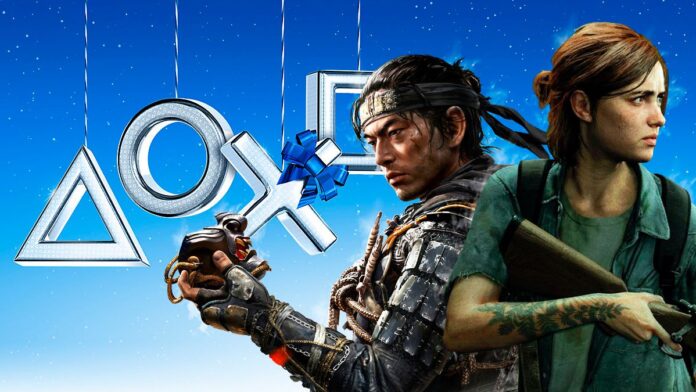 The two PS4 exclusives that have won so many prizes at the GOTY event are available at a discount this Christmas.

The Last of Us Part II and Ghost of Tsushima, two of the most celebrated PS4 exclusive video games of this year and stars of The Game Awards 2020 event, are available this Christmas with discounted prices of 39.99 euros and 49, 99 euros, respectively, the perfect occasion to enjoy this Christmas two AAA adventures at the highest level. And it is that The Last of Us Part II has been chosen as Game of the Year in the famous event The Game Awards thanks to the votes of the specialized press and the public from all over the world. In addition, between both titles they have managed to add up to 9 awards, seven for the Naughty Dog game and two for the Sucker Punch title.

TGA winners at the best price for Christmas

And what better opportunity to close a year of great video games with two of the winners of The Game Awards 2020 at discounted prices, all to express their adventure and action proposals, each one with its own personality although sharing very high levels of production, during these Christmas holidays, two titles that, as we say, have won between the two with 9 awards in several of the most outstanding nominations. Let’s see which awards from The Game Awards 2020 both The Last of Us Part II and Ghost of Tsushima have won.

The Last of Us Part II: Game of the Year

The new video game from Naughty Dog, creators of the Uncharted saga, has become the Game of the Year 2020 on its own merits by specialized critics and the general public, an action adventure with stealth tinges and careful narrative highly anticipated by fans of the first installment and that closes a deep story arc arising from a devastated world in which humanity, greatly decimated, tries to survive both the threat of so-called Snappers and other dangerous creatures as well as humans themselves. And is that after the end of the original title, Ellie and Joel try to overcome adversity as part of a new community; although they will soon have to face extreme situations that will lead to a spiral of revenge.

We encourage you to enjoy our detailed analysis of a video game “ready to set a precedent never seen in the narrative plane and that makes it clear that the use of technical power can be used to surprise beyond the graphic: no video game has been so realistic in their animations. Playable fun, balanced in action and stealth, it features a screen-eating Ellie; There is no doubt that the wait has been worth it ”. Do not hesitate to spend this Christmas in the company of Ellie and other famous characters from the Naughty Dog franchise, a true AAA that will make you live the most intense Christmas parties at the best price.

Ghost of Tsushima: The Samurai Crusade

Sucker Punch, for its part, after debuting on PS4 with the last two installments of the Infamous saga, squeezes the technical potential of the Sony console to offer an overwhelming open world inspired by the feudal Japan of the thirteenth century, a story starring the samurai warrior Jin Sakai who will try, with all the means at his disposal, to repel the invasion of the Mongol Empire that devastates the island of Tsushima, the last line of defense against the main Japanese islands. All this with an excellent artistic design (hence its well-deserved award in The Game Awards) and a deep and addictive combat that collects the best of the classic films of the genre to offer one of the most rewarding experiences of the year in terms of gameplay.

Microsoft Made a Game Free to Feel Fear