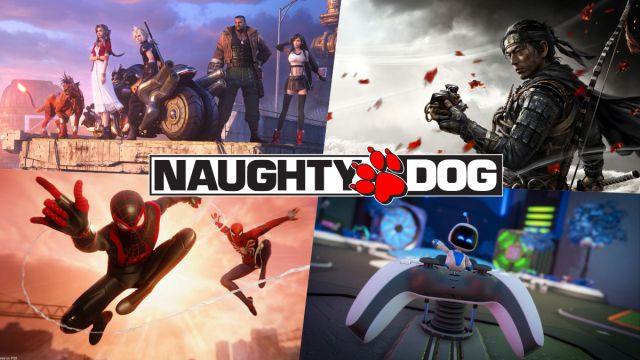 The media have already chosen their GOTY of the year, the awards have already distributed their statuettes, including The Game Awards or the Steam Awards. However, game studios have something to say about it too. This is the case of Naughty Dog, the developers behind Jack and Daxter, Uncharted 4: The Thief’s End or The Last of Us Part 2. Several members of the team have shared their point of view in an article published on the studio’s official website .

These are the most liked titles on Naughty Dog

Erick Pangilinan and Waylon Brinck, Art Director and Development Director respectively have selected Astro’s Playroom. This fun platform game developed by Team Asobo, from Sony’s Japanese studios, comes standard on all PS5 consoles. “Astro’s Playroom is an incredible gateway to PS5,” said Brinck. “The real surprise for me was that my 4-year-old was looking forward to playing his first console game.”

Demon’s Souls Remake, the return of one of From Software’s classics, is the game of choice for Jeremy Yates, the animation director. The creative especially highlights the playable precision, although he acknowledges that it is not the most accessible game for all user profiles. The one that is for all audiences is Fall Guys: Ultimate Knockout, a product that has conquered Neil Druckmann and Vinit Agarwall. The Last of Us Part 2 director and Naughty Dog co-chair underscores the combination of humor, chaos and camaraderie that accompanies his playable proposition.

Final Fantasy VII Remake was a highly anticipated product by many of the players who enjoyed the classic in the 1990s. The team led by Tetsuya Nomura has reimagined the original work, something that Ashley Swidowski, character art director, liked. “The team has done an incredible job recreating the huge and bustling world of Midgar, all adding more intrigue and a contemporary battle system.”

Other games developed by PlayStation’s in-house studios have not gone unnoticed either. Thus, Marvel’s Spider-Man: Miles Morales or Ghost of Tsushima have several followers. One of those who particularly enjoyed Sucker Punch’s samurai game is The Last of Us Part 2 co-director Kurt Margenau: “The world is beautiful, there is a lot to discover and the combat is fluid and surprisingly deep.” , he argues. The game of wall-climbing has left its mark on Evan Wells, the other Naughty Dog president: “Despite how much I enjoyed the original Spider-Man, Miles Morales surpasses him in everything.”

Other games chosen by the developers include No Man’s Sky, For the King or Griftlands, variety and taste above all.