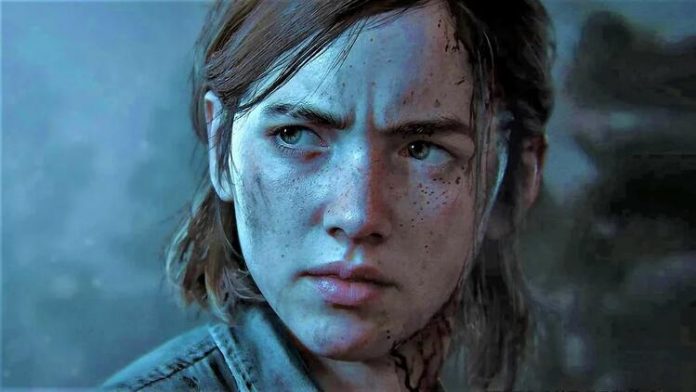 We tell you all about The Last of Us Part 2 patch 1.05 which contains a realistic difficulty mode, permadeath, various cheats, filters and more.

Naughty Dog has given us early access to the new patch (1.05) of The Last of Us Part 2 that will be available starting this next Thursday, August 13 , exclusively for PS4. This is an update that adds a new layer of depth to the title, since it incorporates a realistic difficulty mode and a permanent death mode that will make things very difficult, in addition to the option to activate various tricks such as infinite ammunition or kill with one shot to offset this scale of difficulty and reach out to all kinds of players. Next and after having tried this patch, we tell you all about it so that you understand why it is worth taking a new tour of the post-apocalyptic world in which Ellie’s adventure takes place , even though some of these filters and tricks do not match very well with the spirit and tone conveyed by The Last of Us Part 2 .

Realistic Difficulty Mode and Permadeath in The Last of Us Part 2 Patch 1.05

After downloading the patch, just over 500MB in size , we can start enjoying all the news that it brings. The vast majority are focused on adding a new layer of difficulty and options to the title, in addition to correcting various errors and other common functions that updates to these characteristics usually have. To begin with , the realistic difficulty mode and the permanent death mode can only be activated if we start a new game , given their unique characteristics, so we will not be able to modify the challenge level once we start the adventure.

The realistic mode offers us a more demanding and realistic game experience , something that affects the playability by changing various settings of the Listening Mode, the HUD and other elements to eliminate all the special abilities that could give us a significant advantage over the enemies. Thus, we are even more exposed to the weapons and attacks of our adversaries, so we will have to put all the meat on the grill in each battle to avoid dying as we would if we were in a real post-apocalyptic situation.

As for the permanent Death mode , as its name suggests, it will make that once we die we have to repeat the entire process that we have gone through so far. Therefore, we cannot save game at will, but it will be done automatically to avoid cheating. Of course, we can select from where we want to repeat the game in case of death. If we choose ” Entire game ” when we die, the saved game will be completely restarted, while if we select ” By Act” or “By Chapter “, we will only have to repeat that particular section. Another detail that they specify before starting the game in this mode is thatIf we exit the game or the application when we are in a dangerous situation, it will be considered that we have died , so what Permadeath as a whole implies is not recommended for our first game at TLoU 2.

It should be noted that the inclusion of this pair of new difficulty modes also brings with it two new Trophies that join the long list of achievements available on PS4 . Even so, they are not necessary to obtain Platinum , so in case of unlocking them it will only be to hang us a personal medal for having completed a task of such difficulty.

The Last of Us Part 2 Patch 1.05; all extras and game modifiers
On the other hand, already in a much more relaxed tone and suitable for all types of players, we have new options enabled in the Extras section of the game menu . We can access them at any time during the game and, by using points (which we earn by advancing in the story and completing different chapters) we can unlock different options. To begin with, the Render Mode allows us to apply a large number of color filters that provide various permanent effects to the entire game.

Examples of this are being able to play in an 8-bit mode , which is somewhat dizzy due to moving at more than 60fps with that maya composed of small squares attached. Others allow us to apply a constant filter in watercolor mode , with which to take more than impressive screenshots and others simply provide a pop poster effect, one in black and white with 60s style or another in ” empty mode ” like if we are in a digital world and therefore there are black and fluorescent green colors with numbers in the corners. In general, playing with all this allows us to obtain incredible captures thanks to the photo modewith which to expand our already impressive album.

In this Extras section we also find news regarding the application of different Cheats , which are also activated through your purchase with points and therefore it is not necessary to enter a numeric code as we would in the case of a classic game . Thanks to them we can apply a series of tricks such as playing in slow motion, which gives us the opportunity to better think about our next move in addition to making action movies if we wish. A bullet speed mode , which reduces the game speed to 25% when targeting other cheats that allow obtaining ” infinite improvements” such as ammo, crafting (infinite crafting ingredients),duration of melee weapons (they are not destroyed no matter how much we use them) or infinite range of Listen Mode .

We also have a couple of tricks that make things much easier for us due to being able to kill all enemies with a single shot or through a melee attack . As you can see, these are a series of measures and tricks that will serve to make the games much more agile but at the same time they will make them lose their grace (to a certain extent) in the sense that they will be too easy. Of course, there is something for all tastes and it is not bad to try these settings in a second game in which we should not focus so much on the plot of the title.

Finally, the modifications that we can make in the sound section are to apply a constant 8 or 4-bit sound filter or add a helium effect to the characters, which is quite comical and subtracts epic and drama from the scenes. In short, we recommend using these types of tricks and modifiers once we have finished the main story for the first time and are in a new game +, because they can reduce the experience that Naughty Dog prepared to be enjoyed in our first round.