Home Entertainment The Last of Us, Part 1, makes full use of tactile feedback 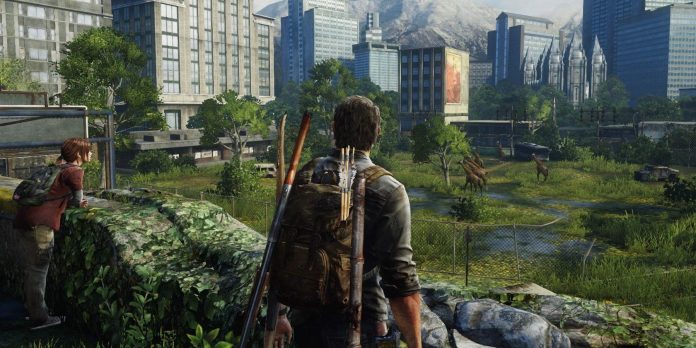 Joel and Ellie have become iconic gaming characters thanks to The Last of Us, a game that tells the story of their treacherous journey across a dystopian version of America struck by a plague that has turned most of the population into zombie-like monsters. Through toe-curling gameplay and a touching tale, one of Naughty Dog’s most successful franchises was born, and since the first game’s release in 2013, it has spawned a sequel, a comic book series, and an upcoming television adaptation starring Bella Ramsay as Ellie and Pedro Pascal as Joel.

Fans of The Last of Us will get to experience the story once again through the upcoming remake, The Last of Us Part 1. The game has been polished to take advantage of the PS5’s capabilities, and Naughty Dog has taken care to fully utilize the DualSense controller. The best use of the controller may be with haptic feedback, which has been used to enhance certain features and scenes.

The Potential of the DualSense Controller

For most of PlayStation’s history, the DualShock range of controllers has served gamers well. The line of controllers was named after the fact that it is capable of delivering vibration feedback using two vibration motors. This can help to increase how immersive a game is when it is used correctly. For example, a car driving along rough terrain can elicit vibration, or the impact of a large explosion can be emphasized. With the PlayStation 5, Sony left the DualShock controllers behind in favor of the DualSense controller which comes with its own advantages.

The DualSense controller is shaped similarly to the DualShock, and it features symmetrical analog sticks, a directional pad on the left, and buttons labeled with the iconic PlayStation shape symbols on the right. As the name might suggest, the DualSense is geared towards activating the senses of the player. One of the ways it does this is through the microphone it contains which can deliver in-game sounds. It also features adaptive triggers which offer variable resistance depending on what is going on in-game. The applications for adaptive triggers are nearly limitless, and it allows developers to make everything from guns to bows and cars feel distinct.

Perhaps the most notable change is the abandonment of the vibration motors in favor of haptic feedback which is far more precise. Games have been able to provide far more immersive experiences using haptic feedback. For example, Astro’s Playroom and Returnal can accurately simulate the feeling of raindrops hitting one’s skin. The Last of Us Part 1 will be the next big game to use haptic feedback liberally, and it promises to be yet another engaging experience.

The Last of Us Part 1 and the DualSense Controller

When The Last of Us Part 1 was announced, it was faced with a fair bit of skepticism from gamers wondering whether Naughty Dog was doing a cash grab by releasing a game for the third time in less than a decade. However, the studio has defended its decision by explaining that the game is a ground-up remake of the game that exploits the PS5’s hardware to deliver a product that is closer to the developers’ original vision. Consequently, everything from graphics, to audio, and even enemy and companion AI has been upgraded.

In a trailer exploring The Last of Us Part 1, it was revealed that the upcoming game will be pulling no punches when it comes to utilizing the DualSense controller. The haptic triggers will be used to make all the varied guns in the game feel unique, and players will be able to feel the tension in Ellie’s bowstring when they pull it. Additionally, the sound of a shotgun cocking will play from the speaker’s audio when players perform the action in-game. Perhaps the most pronounced use of the DualSense controller will be with its haptic feedback.

The Last of Us Part 1 and Haptic Feedback

Using haptic feedback, the world of The Last of Us will be made to feel more immersive. This will be done by emphasizing the highs and accentuating the quiet yet impactful lows as well. According to Naughty Dog, haptic feedback will be used for weapon and environmental effects, including the simulation of rain falling. Haptic feedback, in combination with a world that has been graphically spruced up, will make Ellie and Joel’s adventure feel more captivating than ever.

One of the most intriguing implementations of haptic feedback shown off thus far has been with the iconic scene which features Joel and Ellie encountering giraffes roaming freely in the dystopian urban landscape. It is a memorable scene because it is a rare moment of beauty and tranquility in a game filled with terror, bloodshed, and the loss of innocence. Not only do Joel and Ellie get to see giraffes, but one gets close enough for them to pet it. With the DualSense controller’s haptic feedback, players will feel like they are truly running their hands down the neck of a gentle giraffe. Other games, such as Ghost of Tsushima, have used haptic feedback to simulate the feeling of touching animals, but if implemented correctly, The Last of Us Part 1 could be the most impactful example yet.

In addition to The Last of Us Part 1, fans of the series can also look forward to the standalone The Last of Us multiplayer game that Naughty Dog has promised is still on the way. Though it has been years in the making, the studio has shown artwork of the game to give gamers assurance that progress is being made on the project. Although Naughty Dog has not shared many details, it sounds like a highly ambitious project that will be well worth the wait.

The Last of Us Part 1 is scheduled to release on 2 September 2022 on PS5. A PC port is in development.