Home Entertainment The Last of Us, Part 1 and Part 2: How a Remake... 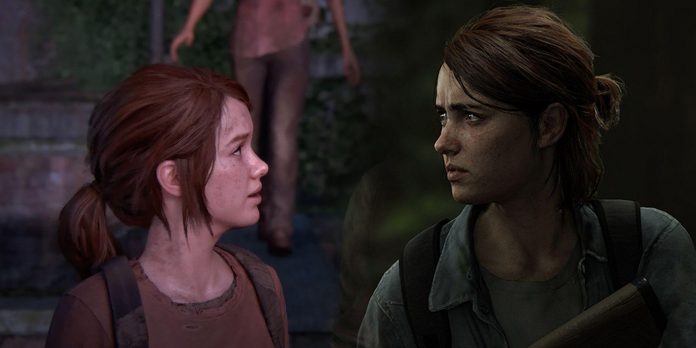 Spoiler Warning – the following post contains spoilers for The Last of Us Part 1 and 2.After months of insider leaks, teases, and online discussion, one of the gaming industry’s worst kept secrets is now officially out in the open. Thanks to Geoff Keighley’s recent Summer Game Fest event, PS5 owners know that The Last of Us Part 1 will land on the console this September. While the announcement rounded out the show, a slew of other updates were provided about projects in the franchise’s future, such as its HBO adaptation and multiplayer-centric spin-off game.

Considering how the release of Naughty Dog’s PS3 exclusive was a landmark event back in 2013, most of the internet’s attention has understandably been dominated by its remake. From the snippets of footage, screenshots, and details that the studio has provided, it appears as though The Last of Us Part 1 will give the classic a modern-makeover. Despite there being plenty of through-lines between the original game and The Last of Us 2, the upcoming remake has the subsequent opportunity to address the plot discrepancies that currently exist between both chapters.

RELATED: The Last of Us Part 1 Should Feature a Different Trophy List

Examining the timeline of The Last of Us in any great length, makes it clear just how much attention Naughty Dog has given to making its universe feel like an organic and believable reality. It’s fair to say both of the existing entries in the franchise come across as one continuous cohesive story, so much so that labeling the sequel with a Part 2 moniker feels equally earned and necessary. With that being said, thanks to the amount of time that passed between the creation of both games, several glaring plot discrepancies do admittedly exist within the series.

By far the biggest discrepancy that can be seen between the original game and The Last of Us 2, is the existence of surgeon Gerald ‘Jerry’ Anderson. Even though the character would go on to have a profound impact on the trajectory of the series, in the first Last of Us and its PS4 remaster he was actually absent from proceedings. Instead of confronting the surgeon head-on, Joel is forced to deal with a more generic looking doctor as he attempts to save Ellie from the Fireflies at the end of the game.

For the release of The Last of Us 2 though, Naughty Dog retroactively added Jerry into the mix. Through several cutscenes, notes, and lines of dialogue with his daughter Abby, the studio established that the surgeon was the driving force behind the Fireflies’ attempts to find a cure for the zombie-like virus that destroyed civilization. Joel’s knee-jerk decision to murder the surgeon essentially wrote off the entire project. Considering Jerry’s significance, not to mention Abby’s sequel-defining quest for revenge, his absence from the first game is a major plot hole.

Even though Naughty Dog has generally nailed its narrative through-lines, the decision to add the character into the mix slightly undermines the studio’s story. When it comes to fixing this particular discrepancy though, The Last of Us Part 1 has an easy time on its hands. Simply swapping out the surgeon’s face-model with the actor who played Jerry in the sequel should be straightforward and uninstructive. If Naughty Dog wants to tackle the other plot holes surrounding the character, like the fact that removing Ellie’s brain wouldn’t help create a vaccine, the studio could also add some handy collectible notes to the game’s iconic final chapter.

RELATED: The Last of Us Part 1’s Tess is the Remake’s Biggest Change Shown So Far

It’s fair to say that Abby’s introduction in The Last of Us 2 has remained a bone of contention amongst certain sections of the series’ fan-base ever since the game’s release in 2020. Despite Laura Bailey’s show-stopping performance bringing her to life, and the often heart-wrenching trajectory of the character’s journey, some fans simply felt her debut was too forced. One of the benefits of a remake like The Last of Us Part 1 is the fact that studios like Naughty Dog can take steps to address this type of feedback.

Thanks to a few cutscenes and playable sections in The Last of Us 2, it’s already been retroactively established that Abby was active within the Fireflies’ Salt Lake City base when Joel and Ellie’s fateful visit took place. It therefore feels like too much of a golden opportunity for Naughty Dog to simply gloss over this once again in its upcoming PS5 remake. Considering how Part 1 is being designed to connect the first game to Part 2, it would make a lot of sense for Abby to appear in some shape or form.

Even though most of the franchise’s fan-base will likely be keen for Naughty Dog to remake its classic faithfully, a physical cameo from Abby would tighten up the overall narrative of the series. However, it’s worth pointing out that during Abby and Joel’s fateful scene at the start of Last of Us 2, neither character immediately recognized the other. If the studio physically adds the former into the mix during the upcoming remake, it’s important that this continuity is maintained so that another discrepancy doesn’t occur.

Having Abby pass by out of Joel’s eye-line while the character is interacting with someone else would be a quick and effective way for this to be achieved. After all, Joel was so focused on the fate of his surrogate daughter at that time that it would make sense if he wasn’t really paying attention. Less intrusive and radical options are also on the table within The Last of Us Part 1 as well, should Naughty Dog decide to address this discrepancy. A random note left by Abby or a photo of the character and her dad stuck to a notice board would both be effective Easter-egg level references.

By and large, it appears as though The Last of Us Part 1 will focus on bringing a lot of welcome technical fixes to the table. Aside from putting the game more in-line with Part 2 mechanically, it should be noted that graphical benefits will also more closely align its cast of characters with their sequel counterparts. From a plot-perspective, it’s easy to imagine this move having a knock-on narrative benefit. Characters like Ellie, Joel, and Maria shouldn’t look like they’ve been radically altered between installments.

Naughty Dog shouldn’t focus on just making graphical tweaks to its characters in The Last of Us Part 1, though. Several recurring locations that appear in the original game and Part 2 should be modernized as well, in the name of narrative cohesion. A strong case can be made for places like Jackson being completely remodeled so that they reflect the levels that players get to explore in the sequel. Similarly, the aforementioned hospital could do with a touch of paint in the remake, as the scenes that take place there in the existing games look radically different from each other.

The Last of Us Part 1 launches September 2 on PS5. A PC version is in development.