Home Entertainment The Last of Us, Part 1: All Firefly Pendants — The Outskirts 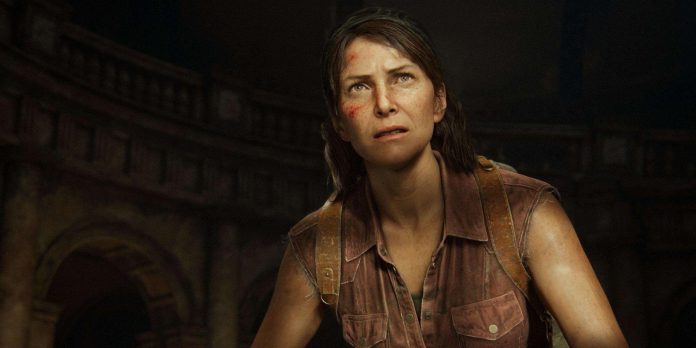 Delivering Ellie to the fireflies is not an easy task in The Last of Us Part 1. Fighting with military patrols and infected enemies, players carefully test their skills on the way to the Capitol building.

“Last of Us, Part 1” features a variety of firefly pendants that Joel may encounter during his travels, which highlights the large-scale nature of their crusade against fascist military control. This guide will show players where to find all four pendants in the second chapter of “The Outskirts” to get the “Look for the Light” trophy.

After some time in this section, Joel, Ellie and Tess will get to downtown Boston, and Ellie will comment on the staggering height of skyscrapers. The trio then make their way through the ruins to reach the base of the Goldstone Building. Before entering, walk straight past the sign and up to several tree planters facing back to the quarantine zone; Joseph Lenz’s “Firefly” pendant can be knocked down from one of the trees.

After passing through the skyscraper and the subway, all three will again go out on the streets of the city. After treating several infected people and using a crate to climb onto a semi-trailer, they will enter the loading area, climbing over the collapsed floor to the museum of the Outskirts. A ramp of fallen floorboards will mark the way forward, but when you reach the top, turn around and slide along the ledge at the ramp. At the end, Joel can find a pendant on a display case in the corner.

After leaving the museum and climbing the roofs, a cut scene with a group looking at the Capitol building will be shown. After it’s over, go down the stairs and walk through the alley, coming out onto the flooded street right in front of Joel’s destination. Before entering, walk through the algae-infested waters to the rotunda on the left side; the pendant can be found in the water near one of the columns.

After escaping from the Capitol building, Joel and Ellie will enter the dispute-filled subway. After a while, Joel will reach a large flooded tunnel that Ellie will not be able to cross without a pallet. In search of one of them, dive into the water on the flooded stairs next to the corpse on which Ellie finds a flashlight. There is a sunken room down here where this pendant can be found on one of the shelves inside.

The best arch of “Guardians of the Galaxy” is the perfect...