Home Entertainment The Last of Us office Building, Part 1, Looks Suspiciously like Dunder... 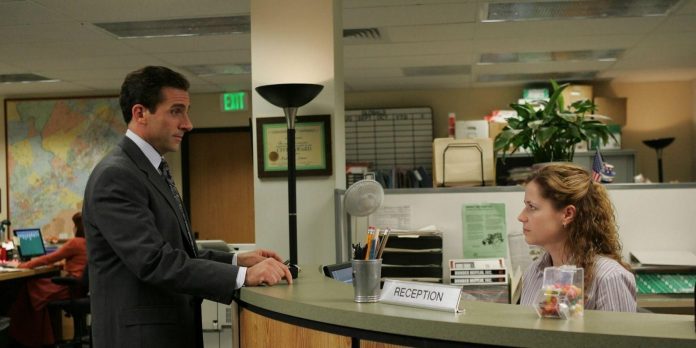 A fan of The Last of Us Part 1 noticed that the office building found in the game is very similar to Dunder Mifflin from the NBC comedy series “The Office“. When the player passed through the building, he noticed that most of the furniture, the arrangement of tables and individual rooms are very similar to what was in the series. This is just one of many new details that players will learn in The Last of Us Part 1.

In mid-2021, it became known that a new version of The Last of Us was in development. Eventually, the game was named The Last of Us Part 1, a remake of the original. Fans of the franchise still play the game and notice a lot of new details, with one of the latest finds apparently being a homage to the “Office of All Things.”

Since the new version of the game was released, fans have shared what they found in the game. One gamer, for example, noticed that in The Last of Us Part 1, glass fragments actually remain on someone’s face. More recently, TikTok user rxelei noticed that the office building in the game was an exact copy of Dunder Mifflin from The Office. He further pointed out the similarities between the office in the game and in the show.

The Office was a pseudo-documentary-style sitcom that aired on NBC from 2005 to 2013 and helped make Steve Carell and John Krasinski household names. The story focuses on the various characters of Dunder Mifflin Paper Company, Inc. and the jokes that employees get into while working at the company. The show attracted new fans when it moved to streaming services like Netflix, and gamers created their own homages to the series. For example, one Animal Crossing fan recreated Dunder Mifflin in the game, and another recreated the entire opening credits sequence. But now it turns out that at least one designer from The Last of Us Part 1 was also a fan of this series.

After fans of The Last of Us Part 1 have discovered so many new secrets, such as the Mortal Kombat Easter egg in The Last of Us Part 1, this Dunder Mifflin cameo seems to be in order. With such a great similarity to the layout of the building from the show, it seems likely that this was a deliberate addition to Naughty Dog.

The Last Of Us Part 1 is now available on PS5, a PC version is also in development.