Home Entertainment The Last of Us: Matthew McConaughey Turned Down The Role Of Joel... 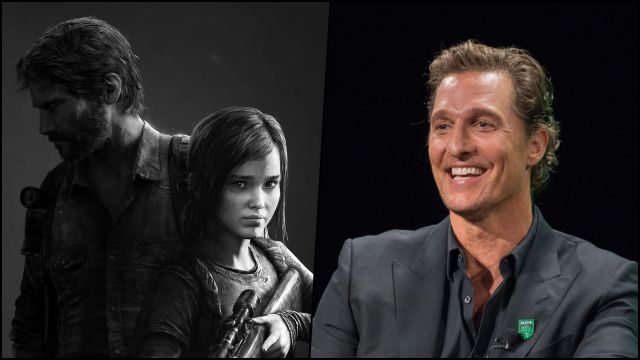 The Last of Us: The renowned American actor may have played Joen in the long-awaited series based on the PlayStation saga. Finally it will be Pedro Pascal. Matthew McConaughey, renowned American actor, was on HBO’s shortlist to play Joel in the television series based on The Last of Us, currently in preparation. The artist, known for his roles in works such as Interstellar, Dallas Buyers Club or El Lobo de Wall Street, was at the top of the chain’s favorites to take on this role; but the proposal was rejected by the actor himself, according to information revealed by DanielRPK, a well-known insider in the film industry.

Although the reasons for this rejection have not transcended, where incompatibility factors come into play due to a busy schedule and economic disagreements, HBO considered other options (they even spoke of Mahershala Ali), finally they managed to close the hiring of Pedro Pascal, known for Narcos and The Mandalorian, who will finally be the actor who will give a face and voice to the much loved icon of the Naughty Dog license in the near future.

It was last February when we learned that Pedro Pascal and Bella Ramsey, a British actress who we saw as Lyanna Mormont in Game of Thrones and Hilda in The Resistance, will be Joel and Ellie, respectively, in the television adaptation of The Last of Us on HBO.

The series premiere window is unknown for now, but little by little we are unraveling how one of the most anticipated productions in the world of television is being prepared within the circles of fans of the video game sector. Kantemir Balagov (A Great Woman, Too Close) will direct the pilot episode of the series.

Companies such as PlayStation Productions, Word Games, The Mighty Mint and Naughty Dog will handle production, where Neil Druckmann, director of video games and now also co-president of Naughty Dog, will be joined by Craig Mazin (Chernobyl) on the script and production. executive. Both work on the story of the series, which will be based on the first video game The Last of Us.

In this article we tell you everything we know about the television series The Last of Us. Sony plans to expand its licenses to more series and movies. They have several works underway; one of them, a Ghost of Tsushima movie.