Home Entertainment The Last of Us: Gabriel Luna will be Tommy in the HBO... 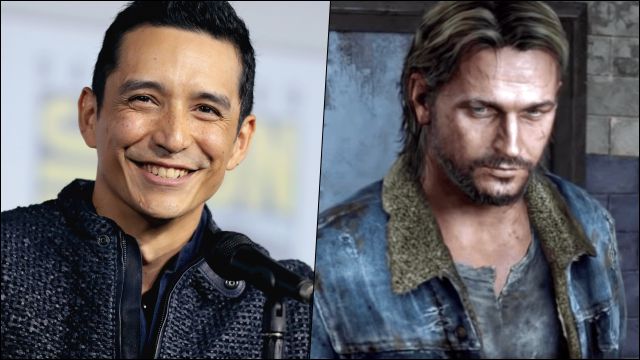 The Last of Us: The Agents of S.H.I.E.L.D. He will be Joel’s younger brother, Naughty Dog confirms after the report advanced by the Variety media hours before.Gabriel Luna will play Tommy on the HBO television series The Last of Us. The medium Variety has advanced during the early hours of this Friday information immediately after confirmed by Naughty Dog itself, responsible for video games of the famous PlayStation license. Thus, the young man known for his role in Agents of S.H.I.E.L.D. joins other previously known faces of the cast, with Pedro Pascal and Bella Ramsey as Joel and Ellie, respectively.

The American-Mexican actor is 38 years old and has been active for a fortnight in the world of acting. His best-known roles, aside from Agents of S.H.I.E.L.D. in the role of Robbie Reyes / Ghost Rider, they are Bernie (2011), Balls Out (2014), Freeheld (2015), Gravy (2015) or Transpecos (2016). In the The Last of Us series, based on the original PS3 video game, he will be Joel’s younger brother; without getting into unnecessary plot spoils.

The Last of Us series is coming to HBO soon; what do we know about the production
Neil Druckmann, director of video games and also co-president of Naughty Dog, is actively involved in the script work alongside his colleague Craig Mazin, best known for being the showrunner of another recent television hit, Chernobyl.

Last November, once the announcement of this expansion plan by Sony Interactive

Francesca Orsi, HBO’s executive vice president of programming, was delighted at the announcement of the series, which they hope will be a huge success: “Craig and Neil are visionaries in their respective leagues. With them at the helm, alongside the incomparable Carolyn Strauss, this series will attract the attention of diehard fans of The Last of Us games, as well as newcomers to this genre-defining saga. ”

It should be said that this is not the only audiovisual production that Sony has underway for the near future with its PlayStation sagas. On the one hand, the Uncharted movie; on the other, a Twisted Metal series. They prepare seven series and three movies based on the brand’s video games.

There was one funny flaw in Robert Pattinson’s Batman design