Home Entertainment The Last of Us: Ellie and the Art of Forgiveness 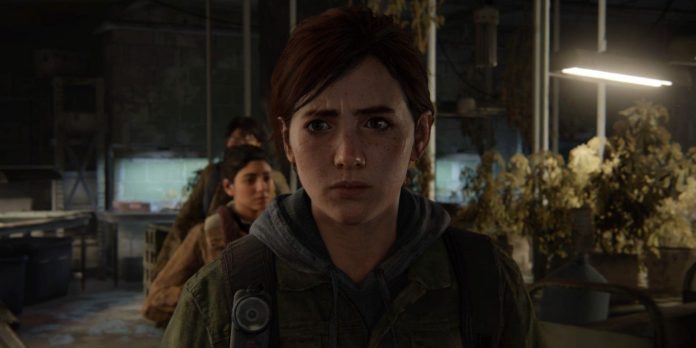 The Last of Us by Naughty Dog touches on many complex topics, including the role of forgiveness in human relationships. In Ellie’s world, there are no legal or social structures that officially serve justice, so everyone has to come up with their own understanding of what is right and what is wrong. Ellie prefers to hold a grudge and take revenge in the name of justice, and this constantly brings her only suffering. By the time she learns to forgive, she has already lost too much.

The recent release of The Last of Us Part 1 allowed gamers to relive the epic journey of Joel and Ellie once again. Although the story mainly focuses on Joel, players can see the blossoming of Ellie’s personality, as well as show her characteristic audacity and stubbornness. Through Joel and Tommy, she witnesses the redemptive power of forgiveness, although she does not learn the necessary lessons in time.

Ellie and her grievances

Gamers get to know Ellie in The Last of Us 2013. Although she is very special, because of her immunity to the infection plaguing humanity, in many ways Ellie is just another girl. She loves adventure, is brave, and has a strong sense of loyalty towards those she loves. Unfortunately, she cannot enjoy her childhood because the dystopian society guarantees that she will be visited by many tragedies. From a young age, she is exposed to many deaths, although she learns to find a sense of security in Joel, who slowly but surely becomes a father to her.

In “The Last of Us, Part 2,” gamers get to know the version of Ellie, which is a little older. At the moment, she is well and truly on her own and no longer needs Joel’s care. In Jackson, she had romantic relationships, friendships were formed, and she created a life for herself that does not require Joel. Although some things have changed in her, her basic character has remained the same, and she is as stubborn and defiant as ever.

A lot of attention is paid to Ellie and how she reacts to situations. Many examples clearly show that Ellie is easily offended, forgives slowly and longs for revenge if she feels that she has been treated unfairly. This aspect of Ellie is shown during the first few opening scenes of The Last of Us Part 2, when Ellie is approached by Seth, a resident of Jackson, who is making sandwiches for her, trying to apologize for the homophobic comment he made. Although Ellie is understandably hurt by Seth’s words, it is noteworthy that her rage does not weaken, even when Seth expresses restraint and apologizes.

Another of these moments occurs during flashbacks that transport players to an earlier time in Ellie’s life. When Joel takes Ellie to a birthday surprise he has planned for her, Ellie begins to guess what kind of surprise it might be. One of her suggestions is that Joel may have brought her “a 6th grade teacher wanting to apologize.” Even Joel is aware of the uselessness of petty resentment for such a length, and he advises her not to let people annoy her so much.

Ellie in Search of Justice

A lot of unfair things happen in Ellie’s life. Her loved ones are constantly being taken away from her, including Riley, Sam and Henry, to name just a few. However, Ellie survives, and she refuses to ever allow herself to become a victim. Instead of feeling sorry for herself, she seeks to find some form of justice in the world. In the world of The Last of Us, where the police and the courts are a thing of the past, justice is something that everyone takes into their own hands, and this is something that Ellie is not afraid to do.

Ellie’s search for justice, instead of bringing her peace, often brings her pain and suffering. This is seen when she is angry at Joel for lying to her and preventing her from sacrificing her life to save humanity. She treats him coldly, causing a serious break in their relationship. Although Joel tries to settle things with her, Ellie rejects him, even though it breaks her heart. While Ellie’s rage is understandable, it’s also clear that her resentment torments her.

Before Ellie and Joel have a chance to mend their relationship, he is brutally murdered in front of her by members of the Washington Liberation Front who are seeking their own justice. Joel’s death marks Ellie as the victim of a cruel and seemingly senseless act of cruelty, and it drives her to obsessively seek justice. Consequently, with Dina by her side, Ellie is looking for Joel’s killers to make sure their actions don’t get away with it. If she doesn’t, she’s afraid that no one will, and the thought that these criminals won’t face justice is unbearable. This quest once again does not bring her peace, but instead leads to even more senseless deaths.