Home Entertainment The Last of Us 2: The Official Replica Of Ellie’s Guitar Arrives... 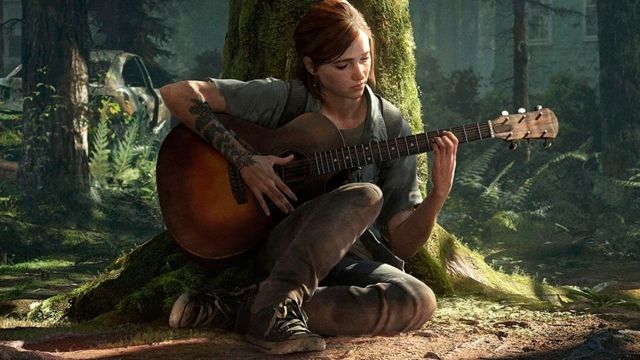 The Last of Us 2: A valuable piece of official merchandise from Naughty Dog’s latest post-apocalyptic adventure featuring Ellie’s famous instrument has arrived. Along with the release of The Last of Us Part 2 in June of last year, a very special collector’s item was on sale: Ellie’s guitar replica in the video game with a value of $ 2,400. Of course, at that time this piece of merchandising could only be purchased in the official PlayStation store in the United States. Well, finally, the official PlayStation Gear store for the European market already offers this guitar at a price of 2,399.15 euros, with the possibility of also being purchased in Spain.

And it is that it is a whole collector’s item that will captivate both fans of the game and those musicians who want to have a unique instrument in their hands; hence the price, both for the official piece itself as part of Naughty Dog’s official merchandising and for the guitar itself, from the Taylor brand, world-renowned in the music industry.

This is the Taylor 314ce model with the same appearance of Ellie’s guitar in the video game that “offers a balanced voice across the tonal spectrum with a rich mid-range and clear high notes thanks to its construction with solid sapele back and sides and a Sitk spruce top ”, we can read in its official description of the PlayStation Gear digital store.

Already on its appearance as a replica of Ellie’s guitar in The Last of Us Part 2, the piece sports “its distinctive tobacco-colored sunburst top and a custom moth inlay on the grained ivory fingerboard.” On the other hand, and for those who do not want to spend that amount of money, another model is offered with some other reason based on the video game, although it does not try to be a replica at any time. It is the Taylor GS Mini in black with the famous Ellie tattoo printed on it, priced at 733.72 euros.

The true story of the “Sharp Visors”: how much really happened