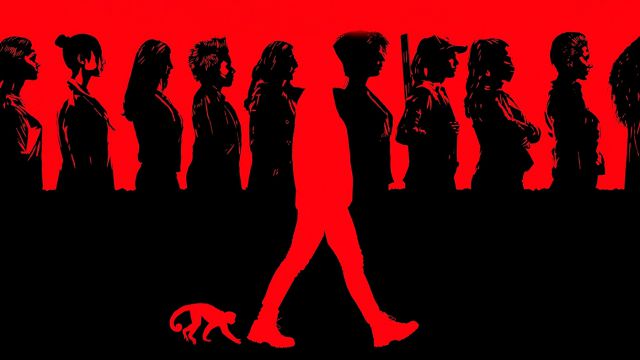 The Last Man: Hulu Surprisingly Cancels New Post-Apocalyptic Series Before Season 1 Ends; its creator is committed to finding a new home. Y: The Last Man or Y: El Último Hombre, the new post-apocalyptic series from FX on Hulu that adapts the comic of the same name, has been abruptly canceled in full broadcast of its first season. This has been announced by its showrunner Eliza Clark, confirming that Hulu will not renew for a season 2 when there are still four episodes to be broadcast of this new science fiction series in which all the men in the world die except for its protagonist and his monkey mascot.

Her showrunner is looking for a new channel

Eliza Clark herself has assured in an official statement that she is already looking for a new home for the series, since there is still a lot of story to tell about Y: The Last Man: “We have learned that we will not go ahead with FX on Hulu for the second season of Y: The Last Man. Never in my life have I been more committed to a story, and there is so much more to tell, “explains Clark.

“Y: The Last Man is about gender, about how oppressive systems influence identity. We have a team of brilliant and gender-diverse artists, led by women in almost every corner of our production. Producers, screenwriters, directors, cinematographers, production designers, costume designers, stunt coordinators, etc. It’s the most collaborative, creatively satisfying, and beautiful thing I’ve ever been a part of. We don’t want it to end ”.

“FX has been an incredible partner. We have loved working with them, and we are sad that YTLM is not moving forward at FX on Hulu. But we know we know that someone else is going to be very lucky to have this team and this story. We have never experienced the remarkable solidarity of so many talented people. We are committed to finding Y his next home, “concludes the showrunner of the series.

The plot of Y: The Last Man is about a cataclysm that kills all beings on the planet with a Y chromosome except for Yorick and his monkey Ampersand. Based on the DC / Vertigo comic, it stars Ben Schnetzer as Yorick Brown, Ashley Romans as Agent 355, Diana Bang as Dr. Allison Mann, Olivia Thirlby as Hero Brown, and Diane Lane as President Jennifer Brown.