Home Entertainment The Last Kingdom: Fans Reveal Which Is The Series’ Least-Loved Character 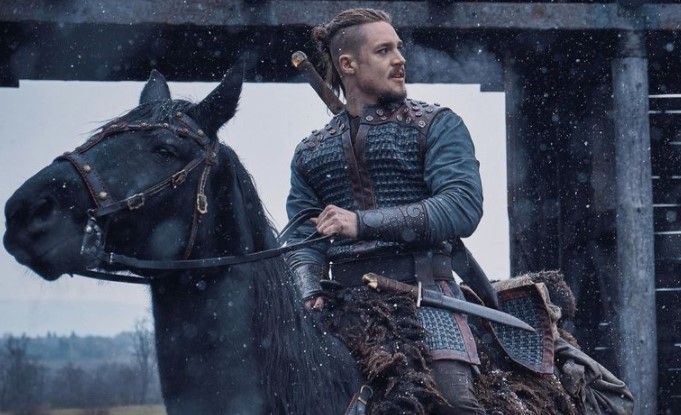 Fans of the hit series The Last Kingdom are known to have discussed the show in detail. Sometimes they even participate in surveys revealing their thoughts. Recently, a number of fans have weighed in on their “least favorite character” on the show.

In September 2021, a fan on social media took a poll titled “Who is your least favorite character on the show?” Choices include Lady Aelswith (Eliza Butterworth), Skade (Thea Sofie Loch Næss), Aethelwold (Harry McEntire), King Alfred (David Dawson), Young Odda (Brian Vernel), and Aethelred (Toby Regbo). 1,971 people participated in the survey and the results are quite close. Young Odda won with 675 votes, however Skade is close behind with 668 votes. From there, we have Aelswith with 227 votes. Aethelwold has 181 votes, Aethelred has 151 votes, and Alfred has 69 votes.

Lady Aelswith, originally from Mercia, is the wife of King Alfred of Wessex. Some viewers dislike her, and she has changed a lot in season 4. Skade is a woman considered a villain by many, and one who could possibly see things. Uhtred (Alexander Dreymon) actually killed her on the show. Aethelwold was the scheming Saxon nobleman who was not elected King of Wessex after his father, who also kills the young Ragnar (Tobias Santelmann). King Alfred was the steadfast ruler of Wessex with a complicated relationship with Uhtred. Young Odda was a blatant and noble enemy of Uhtred. Aethelred was the lord of Mercia and the king, he is not a good man and a terrible husband to Lady Aethelflaed (Millie Brady).

Of course, fans had comments to include as well. The character that is mentioned the most is Skade. The men fight over her in season 3, but Uhtred is victorious. However, some fans like her despite her being the most named in the comments. On the other hand, Brida was also named a few times. She is a Saxon raised how Danish with a complicated relationship with Uhtred that changes over the years and now that they are enemies in direct conflict, some fans don’t like him either.

Young Odda is also mentioned in the comments. He is hungry for influence and sometimes seems willing to do anything. He cared for Uhtred’s first wife, Mildrith (Amy Wren), and was an obvious enemy of Uhtred. The character does not come out of season 1 and is killed by his own father, Odda the Elder (Simon Kunz).

Other characters mentioned in the comments include Aethelwold, Aethelflaed, Sigtryggr (Eysteinn Sigurðarson), Aelswith, Iseult (Charlie Murphy), Guthred (Thure Lindhardt), Abbot Eadred (David Schofield), and even Uhtred himself. Fans have differing opinions when it comes to his “least favorite character” in The Last Kingdom, yet young Odda won the poll.

Halo Infinite: All Notes From All Reviews