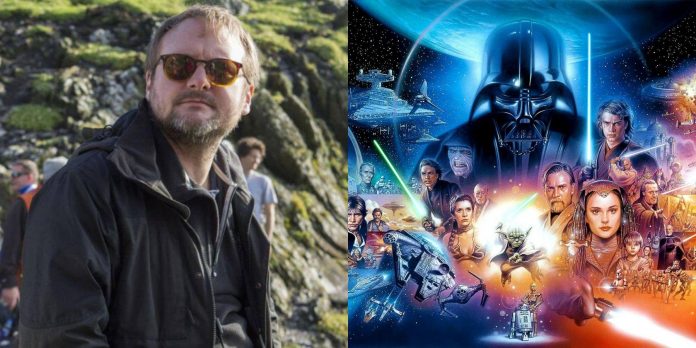 Around the time Ryan Johnson was filming Star Wars: Episode VIII — The Last Jedi, he was offered to work on a new Star Wars trilogy. Five years later, he says it can still happen.

Disney was so pleased with the critically acclaimed “The Last Jedi” that even before it was released in theaters, they asked Johnson to write a new “Star Wars” trilogy for them and invited him to direct the first part. However, the new trilogy hasn’t moved forward since then, but Johnson tells Empire that it could still happen in the future.

During the interview, Johnson explained that the project is still under consideration. “I’ve been around Kathleen [Kennedy], and we often get together and talk about it,” Johnson said. “At the moment it’s a matter of schedule and when it might happen. It will break my heart if I finish, if at some point I can’t go back to this sandbox.” Variety also pointed to Johnson’s previous statements about a similar effect. In 2019, he explained the problem to the Evening Standard, saying: “The truth is that they are still figuring out their schedule, their game plan. If I can make another movie before or while I’m working on it, I’ll do it.”

Speaking to The Observer in 2019 about his plans for a new trilogy, Johnson said, “We’re doing something that goes beyond traditional characters. What does it look like? For me, the blue sky element is what struck me the most about it.” The director added: “I know how I approach it, and what’s funny for everyone in George Lucas‘ films is to figure out, ‘What’s the next step?’ It really makes you think and understand what the essence of Star Wars is for me and what it will look like in the future.”

Although all the parties involved were fully on board, the plans were thwarted by the success of Johnson’s “Get The Knives Out” in 2019. Since he has become a highly sought-after director and has a multi-movie contract with Netflix for several “Get Knives” sequels, Johnson’s planning to work on an entire “Star Wars” trilogy would be truly a feat of galactic proportions. In addition, Lucasfilm president Kathleen Kennedy made it clear that the new trilogy will not appear soon.

It’s almost certain that Johnson’s trilogy won’t be completed for at least another five years. It usually takes him two to four years to work on each film, and he still has a contract for the second sequel to “Get Knives” with Netflix. Nevertheless, despite the unprecedented popularity of “Star Wars” and the success of several “Star Wars” series on Disney Plus, there is still a thirst for a new, fresh trilogy of films.

“Star Wars: The Last Jedi” is now available on Disney Plus.

The next Outriders patch improves matchmaking and fixes various bugs