Home Entertainment The Last Geeks of the World and Spirit: Lucky’s Big Adventure 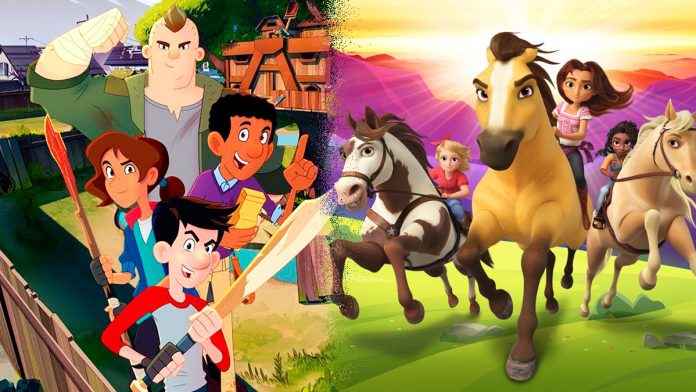 The Last Geeks of the World and Spirit: Impressions on upcoming releases from Outright Games, video games for the whole family. The family video game has always been the hallmark of Outright Games. This publisher focuses its eyes on titles that parents and children can share and that enhance educational values ​​within an affordable and fun experience. Specialized in adapting highly successful television and cinematographic works to digital entertainment, OG has brought us titles such as Adventure Time: Pirates of Enchiridion or Jumanji: The Video Game. Last year we attended the presentation of launches such as Ben 10, Transformers or the Paw Patrol, and in this next 2021 new launches are coming that will delight young and old.

The Last Geeks of the World and the Staff of Destiny

Translated as The Last Geeks of the World, this transmedia work was born from the novels of Max Brailler and that were later transferred to the television format, as well as starring in a line of toys. Stage Clear Studios has opted for an action and adventure game that promises great freshness in level design and mechanics. The Last Geeks of the World and the Staff of Destiny will be released on June 4 on PC, PS4, Xbox Series, Xbox One and Nintendo Switch.

For those who do not know the work of Brailler, this edition of The Last Geeks offers a completely new story, with an introduction to his universe that will welcome both the lay public and admirers of the people. Young Jack, Quint, June and Dirk will join forces to search for the pieces of the Staff of Destiny and thus defeat the evil Malondre. We enter a post-apocalyptic world, where our group of teenage heroes coexist with kind monsters and must save the world from hordes of zombies and other abominations.

Zayn Malik chooses his favorite in 1D, who is the best...