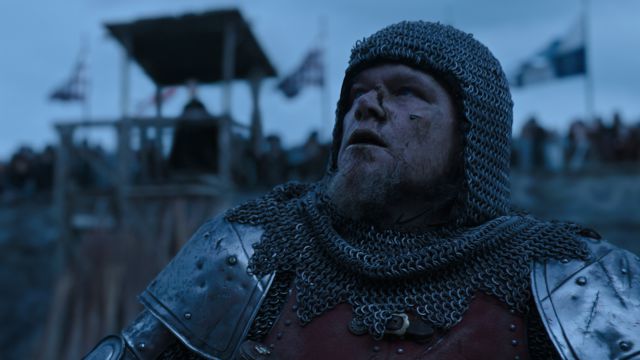 The Last Duel, the new film by the filmmaker responsible for films like Alien, Gladiator or The Martian, presents a final trailer with a luxurious cast. Final Duel (The Last Duel), the latest film by director Ridley Scott, responsible for blockbusters such as Alien, Gladiator or The Martian, among many others, presents its epic final trailer with a cast of authentic luxury led by Matt Damon, Ben Affleck, Adam Driver and Jodie Comer. Do not miss the new trailer that heads this news of a film that finally sets its premiere for next October 15 after the delays caused by the global pandemic of the coronavirus.

Thus, Final Duel takes us to the convulsive France of the 14th century to tell us a story based on real events that presents us the last duel of which there is historical evidence, in order to solve the eternal rivalry between two friends, Jean de Carrouges and Jacques Le Gris, which reaches its peak after Le Gris’s attack on de Carrouges’s wife. And it is that to defend the honor of his wife, de Carrouges challenges his old friend to a trial by combat with terrible consequences.

Matt Damon plays the nobleman of Carrouges, while Jodie Comer is his wife; For his part, Adam Driver plays Le Gris and Ben Affleck does the same with Count Pierre d’Alençon. The cast is completed with names like Harriet Walter, Nathaniel Parker, Sam Hazeldine and Michael McElhatton.

Based on the literary work of Eric Jager, the script is written by Nicole Holofcener with the collaboration of both Ben Affleck and Matt Damon; Let’s remember that from the last collaboration between both actors (friends in real life) with The Indomitable Will Hunting, they won an Oscar. Final Duel finally opens on October 15 in cinemas taking place from its original release date, scheduled for last December.

Forza Horizon 5: These Will Be Its Launch Multiplayer Modes