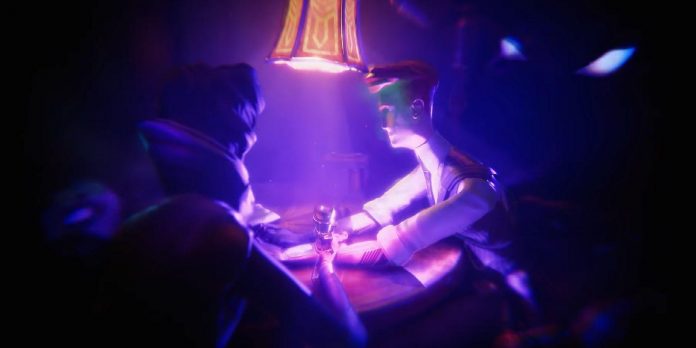 There have already been some impressive discoveries at Gamescom 2022. Despite the fact that the event is still ongoing, gamers have taken a fresh look at some upcoming games, as well as some world premieres. Major games like Hogwarts Legacy and The Callisto Protocol showcased new gameplay at Gamescom, but it wasn’t all about the latest AAA games, and a host of smaller releases also shared some interesting trailers. The upcoming Lovecraft metroidvaniya The Last Case of Benedict Fox, for example, gave fans the opportunity to get to know the combat system and the plot of the game, and also revealed a new character.

This new character is known as the Tattoo Artist, and it quickly becomes clear that she supports the titular Benedict Fox in his discovery of his family history. The game “The Last Case of Benedict Fox” is largely inspired by the works of H.P. Lovecraft, it is likely that Benedict’s family relationships will include some kind of terrible horror in the future, whether because someone from his family tree was involved in a cult or his great-grandfather was actually Cthulhu.

The first 30 seconds or so of this new 90-second trailer is dedicated to introducing gamers to the Tattoo Artist and demonstrating how Benedict Fox gets improvements in the game. Then take a closer look at the gameplay of “Benedict Fox’s Last Case,” which seems to revolve around a combination of puzzle solving and combat, fighting off creepy creatures that have invaded Benedict’s family home. This leads to the fact that The Last Case of Benedict Fox demonstrates an interesting twist in the typical style of metroidvania, especially in terms of its atmosphere and narrative.

Given this supernatural influence, one might wonder how Benedict Fox could have met and fought Lovecraft’s creatures, given that the monsters of H.P. Lovecraft’s Stories and other space horror films usually cannot be killed with firearms or other typical weapons. However, it looks like the Tattoo Artist will come in handy there to give Benedict bonuses to better fight the creatures in “Benedict Fox’s Last Case.”

The tattoo artist is not the only ally that players will get in the game. In the first trailer of the movie “The Last Case of Benedict Fox”, the audience got acquainted with the demon companion of the detective. Although the demon currently has no name, the developers have stated that the dark figure with tentacles hovering over Benedict is not one of the monsters he will face in the game, but is actually an ally that can give him access to some supernatural abilities like a tattoo artist.

The release of The Last Case of Benedict Fox is scheduled for spring 2023 for PC, Xbox One and Xbox Series X/S.

Every PS1 game with more than one disc