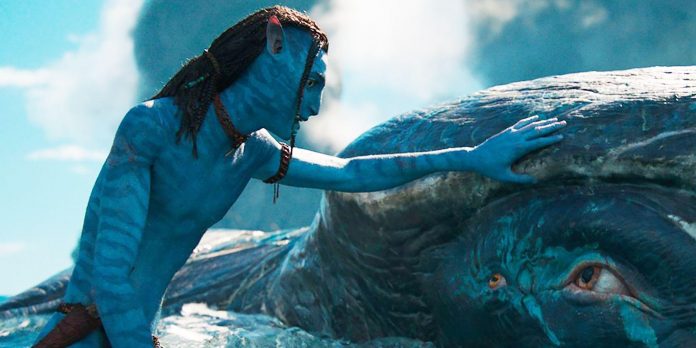 James Cameron is the mastermind behind Avatar and its upcoming sequels, but the visionary director has stated that there are other projects he wants to work on, and that he may not return to shoot the 4th and 5th Avatar films.

The financial giant’s first sequel of 2009, titled Avatar: The Path of Water, was originally announced in 2010. However, over the past 13 years, the release of the film has been repeatedly postponed, partly due to the ever-expanding nature of the project. Cameron has already planned and written four Avatar sequels, not just one. However, the fearless director had questions about who would lead the project in the future.

Cameron has already shot Avatar 2 and Avatar 3 in a row, so they are already set in stone. The question, however, is whether Cameron will return for “Avatar 4” and then for “Avatar 5,” both of which he has already written. Cameron recently spoke to Empire magazine about the Avatar sequels. “The Avatar films are all—consuming in themselves,” he said in an interview. “I have other exciting things that I’m developing. I think that over time — I do not know, after three or after four — I will want to pass the baton to a director I trust to take responsibility so that I can do other things that I am also interested in. Or maybe not. I don’t know.”

Studios of the 20th century

Obviously, the director is deeply passionate about the franchise, bordering on obsession, and has spent several decades of his life working on the first three films. It’s hard to imagine a notorious perfectionist giving his precious brainchild to another director. On the other hand, he had done it once before. Cameron originally intended to direct Alita: Battle Angel (2019) himself, but after almost 20 years of delays-mainly due to his commitment to complete the entire Avatar series even before he started what he envisioned as the Alita trilogy—Cameron stepped back to the role of producer and let Robert Rodriguez be the director.

But although he gave “Alita: Battle Angel”, the series “Avatar” is especially important to him. “Everything I need to say about family, about sustainability, about the climate, about the natural world, about topics that are important to me in real life and in my cinematic life, I can say on this canvas,” Cameron said in an interview. He further shared his enthusiasm for Avatar 4, saying: “I became more and more excited as I moved forward. The fourth film is a traffic jam. It’s a bastard. I really hope I can do it. But it depends on market forces.”

It seems unlikely that Cameron will retire for Avatar 4, but there’s a good chance he will by the time Avatar 5 comes out. Now he is 67 years old, and at the rapid pace at which he shot the first 3 films, his health may become a problem before the series is completed. However, if he ends up handing the series over to someone else, there is one plus: it will probably be finished about 8 years earlier.

The biggest Scandals of Angelina from Jersey Shore on & Behind...