Home Sport The lack of goal of Real Madrid, in a terrible and devastating... 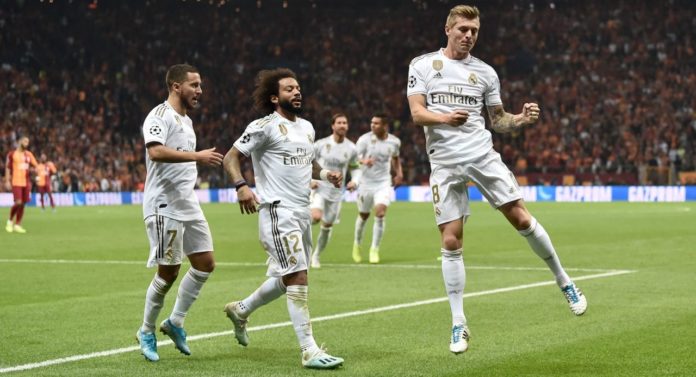 That Real Madrid is missing a forward is half true since it has up to nine attackers and as Zidane said several weeks ago, it could form up to three different tridents.

The truth is that with Bale, Benzema, Hazard, Jovic, Vinicius, Rodrygo, Mariano, Brahim and Asensio, although the latter is injured since the preseason, in Real Madrid Casemiro and Kroos were the only players capable of marking in Champions League and League.

The Brazilian is indispensable for Zidane and is the only one who has played all the official matches of the season. He only remained without playing the 30 minutes that Zizou saved him against Levante and they were costing a disgust to whites who went from 3-0 to 3-2.

So is Kroos, who has played eleven of the twelve games that Real Madrid has played. His injury loss in Mallorca was one of the keys for his team to swell the knee and talk about crisis again.

An evil that dragged since left Cristiano
Anyway, missing a goal in this Real Madrid is as obvious as it was last season where they only accumulated 18 goals in the first dozen games. And since Cristiano Ronaldo, who claimed 40 goals per season, left, they have not been able to find a substitute with a similar scoring nose.

It is true that Benzema started the season as a shot adding six goals that make him the Pichichi of the team, but among the other eight attackers just add five goals.

The 19 goals in 12 white matches are little baggage for a team with so many attack players and where it is the midfielders who are doing their homework.

The reaction of the football world to the viral Manning Pass...