Home Entertainment The KTO Virtual Model Received a Negative Reaction Due to Its Similarity... 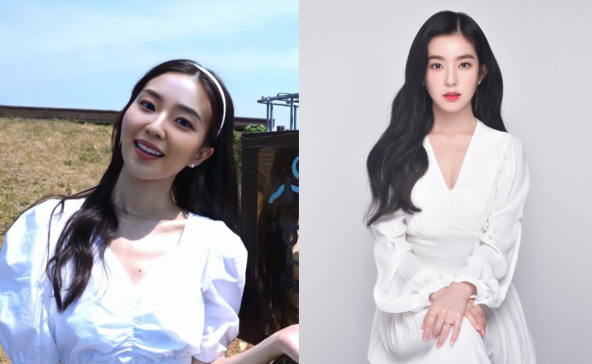 The Korean Tourism Organization (KTO) is a division of the Ministry of Culture and Tourism and is responsible for the development of tourism in South Korea, mainly distributing tourist information.

In June last year, KTO teamed up with innovative technologies, as for the first time it introduced a new ambassador of the organization, who will help the office to further implement its plans. Proving the impossible, Lizzie Yeo, the first virtual model of a Korean tourism organization, was born. According to media reports, the organization spent about $500,000 or 800 million won to bring Lizzie Yeo to life.

To provide context, virtual people are created by computers. This human simulation has brought more progress and popularity to the streaming culture, especially VTubers.

However, despite the fact that it reflects the possibilities of innovative technologies, netizens noticed that Lizzie Yeo looks like THIS artist from SM Entertainment.

Have you guessed the artist?

Lizzie Yeo, acting as a virtual KTO ambassador and a fairly popular virtual influencer, is currently undergoing a backlash due to her visual resemblance to Irene from Red Velvet.

From the photo above, could you guess who is who?

Find out Lizzie Yeo from the YouTube video here:

Irene, being one of the refined and sophisticated representatives of K-pop and visual artists, secured the position of one of the founders of Korean beauty standards. Because of her legendary beauty, the singer “Feel My Rhythm” is often called a “reference point” when evaluating the images of other idols in their agency, for example, with the center and visual Aespa Karina.

Often, Irene goes face-to-face with Jisu from BLACKPINK whenever fans discuss which of the K-pop stars in the third generation has raised the visual title to a new level.

Undoubtedly, Irene has brought a new note to Korean beauty standards. Thus, it is not surprising that the leader of Red Velvet is sometimes a prototype — what netizens are thinking about because of the similarity with her Lizzie Yeo.

Some fans even thought that Irene from Red Velvet is the new representative of KTO because of the eerie resemblance.

Here are some fan comments on an online discussion forum:

“Wait? Is it virtual? I thought she was a real person!”

“Is it even legal to create a virtual person based on a real person and use it in advertising…?”

Also, looking at Lizzie Yeo’s angle, several fans agree that she is a combination of Irene from Red Velvet and Joy. Accordingly, fans are calling on the organization to reveal its visual prototype of Lizzie Yeo.

In addition to these public comments, the Committee on Culture, Sports and Tourism has also expanded its criticism of the virtual model. In addition, the committee supports the public opinion that the model has almost the same facial features as K-pop idol Irene and singer-actress Kwon Nara.

The committee also acknowledged that the virtual character creates “unrealistic expectations of beauty” among the MZ generation.

At the moment, SM Entertainment has not yet published an answer to this question.

What do you think about the virtual ambassador and KTO influencer? Do you think the similarity is just a coincidence?

Rating of the best model photos of the participant of the...