Home Entertainment The Knights of Gotham: An Explanation of the Five Families of Gotham 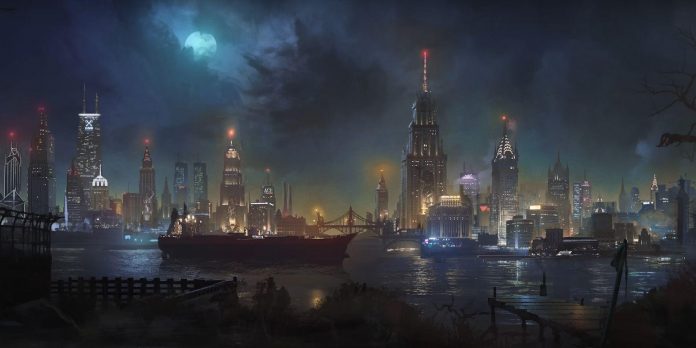 The open world of Gotham Knights is one of the most in-depth views of Gotham City for players, as well as a lot of knowledge that will reveal secrets and information about the city and its formation. The history of Gotham City is based on five founding families who turned the area into what it is today. Each of the families has influenced one of Gotham City’s five neighborhoods in different ways, ensuring that each neighborhood looks and feels different than the others, and understanding each family could potentially help uncover Gotham Knights’ biggest secret, the Court of Owls.

The five founding families, the Waynes, Cobblepots, Elliots, Arkhams and Kanes, are extremely influential and popular, and each family brings a new industry to Gotham City. Whether it’s the technologically advanced Waynes or the Arkhams and their famous sanitarium, the families themselves are likely to keep certain secrets that players will uncover when they learn more about the Court of Owls and the various criminal authorities who rule the streets of Gotham. These families were the backbone of Batman comics and proved to be one of the most important elements of building peace in Gotham City.

The richest family in Gotham City, the Waynes have succeeded in creating a fast-growing business that provides both Gotham and the rest of the world with cutting-edge technology. Their influence on Gotham City is second to none, and they have proven their strength time and time again, primarily by erasing the Dumas family, one of the founding families of comics, from the history of Gotham City. The Wayne family is likely to be the family that players will have the most information about, as they will be playing for Bruce Wayne’s protégé, the bat family in Gotham Knights.

The founders of Gotham’s steel mill, the Cobblepots became industrial giants after moving to the city; however, much of their wealth appears to have disappeared, judging by the image of their neighborhood. Penguin, one of Batman’s most formidable enemies, is a member of the Cobblepot family, and his goal is to overthrow other families that have been much more successful than his own. In an effort to gain the power and recognition they once had, players may encounter Penguin and his son Blacksan, who has been Batgirl’s nemesis throughout the comic.

The Elliots controlling the media were able to take their place at the beginning of the 20th century in what is now the center of Gotham. In the comics, the family was survived by Thomas Elliot, also known as the villain Hush, who killed his parents to get the same level of attention as Bruce Wayne. This may lead to the inclusion of Silence as one of the side villains in Gotham Knights, and since his character is closely related to the Scarecrow, players may also encounter him.

One of the youngest families in Gotham City, the Arkhams are known for their hideout, which is often used to house a variety of villains captured by Batman. Their story was a tragedy when many family members died or were killed, the most notable of which was Amity Arkham, who possesses her descendants and takes on an alter ego, Calamity. The inclusion of Arkhams among the families of Gotham City is evident in how Arkham Asylum will be available to players to explore in Gotham Knights.

Batman’s family on his mother’s side, Kane, is also closely related to the Batwoman, who is a member of this family in the comics. They amassed a huge fortune in Gotham City by building weapons and ships for the military. The inclusion of the Kanes could mean that Batwoman could be in the Gotham Knights universe, and she could be included in a future DLC for the game or even as a cameo, helping the Bat family uncover the secrets of Gotham City and fight the Court. Owls.

The founding families of Gotham City have played a vital role in the appearance of the five boroughs, leaving their own style and trademarks scattered throughout the city. From exploring the famous Arkham Asylum to diving into the neon lights of the New Gotham, players will be spoilt for choice when it comes to discovering knowledge and understanding how Gotham City works. Gotham Knights offers players a huge open world filled with meaningful knowledge that can even help players gain more knowledge about the Court of Owls.

Gotham Knights is scheduled for release on October 25, 2022 for PC, PS5 and Xbox Series X|S.

Taika Waititi Weighs in on Miss Marvel after a Bombshell Review...