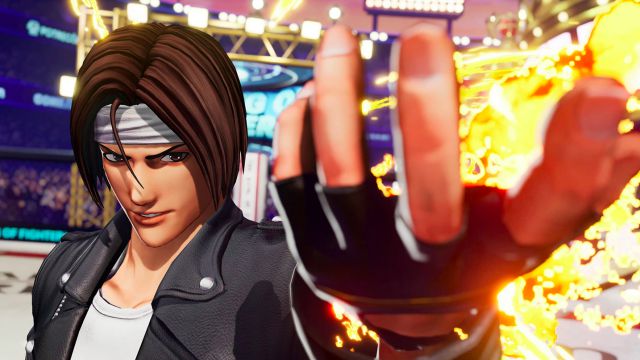 SNK shakes up the fighting genre with the official trailer for KOF XV and a look at the first confirmed fighters, all with heart-stopping graphics.

The King of Fighters XV begins to take shape. After announcing it with a teaser that barely hinted at anything, today SNK has published the first official trailer of the game (the one you see on these lines) and has also accompanied it with a set of images that already advance part of the roster of fighters and allow him to a first look at the graphic and artistic finish of this installment. For now, the developer has not confirmed launch platforms, but an approximate date on which we can wait for it, as its creative director has assured that, if there is no setback, the game will arrive in 2021.

“We want to keep the essence of the series and its fast pace, but also add elements that make it even more exciting,” said Eisuke Ogura, creative director of the game. “At the audiovisual level we can now do things that were impossible when The King of Fighters XIV was developed, so we have taken our time to take advantage of those advances and take advantage of them. Right now we are focused on optimization work. I hope that no obstacles arise and that we can have it ready this year ”. Ogura has also confirmed that next week we will receive a second trailer for The King of Fighters XV and that Masami Obari, the director of the Fatal Fury animated films, is preparing a short film about King of Fighters that will star the favorite characters of fans and will serve as a presentation to the music and the main theme of the new installment.

See Also
The King of Fighters XV: Meitenkun is revealed in trailer

More surprises from King of Fighters

They have not been the only news that the franchise has brought us in recent hours, in which SNK has also announced The King of Fighters XIV: Ultimate Edition, the definitive version of KOFV XIV (who achieved a meritorious 8.3 in the MeriStation analysis ). Between characters and costumes, this edition includes around 20 downloadable content (DLC), comes at a reduced price and is the best way to wait until its successor. But there is still more, and that is that the developer has confirmed the return of KOF 2002 with The King of Fighters 2002 Unlimited Match, which will come to PS4 “soon”.