Home Entertainment The key element with which the series would not be the same...

After a flawless closure more than 8 years ago, Breaking Bad starring Bryan Cranston and Aaron Paul, stood out with a magnificent narration performed by talented stars of the entertainment industry. With an impeccable closure, its success drove two very important derivatives that were responsible for tying up any possible loose ends that may have remained, the film El Camino and the famous prequel series Better Call Saul, which is about to reach its sixth and final season.

Still considered a true phenomenon despite the time that has elapsed, it has become a subject of analysis for specialized critics and its millions of fans, the program marked a before and after in its genre. There are many details that prompted praiseworthy comments from the first moment it appeared on screen and after it ended.

The surprise caused by the groundbreaking story that shows the transformation of a simple high school chemistry teacher named Walter Whiter White (Bryan Cranston), and his subsequent rise and fall in the world of drugs as the best meth manufacturer, garnered important awards. in the world of entertainment and gave way to many theories of the reason for its success that go back to its very origins.

Since its first season, Breaking Bad fans have enjoyed the most varied musical styles that accompanied memorable scenes and character arcs throughout the show. With key elements that managed to catch the public, without a doubt it was the choice of the Soundtrack (soundtrack) the finishing touch that completed the formula for its great popularity, especially its original musical theme has attracted attention above the rest.

It’s no secret that the Breaking Bad theme song, by veteran television songwriter Dave Porter, is iconic to viewers around the world. In this regard, the musician revealed his thought process behind the composition of the piece and spoke about his desire to somehow fit the full version into the narrative of the show, which he was finally able to do.

The songwriter knew that he had a lot of work to do to compose a track that would seem equally appropriate for Breaking Bad. The first season, which was relatively light in tone, and later seasons, which he knew would go to pretty dark places. The full version of the track is one minute, 18 seconds long, and primarily uses a hollow-body wood and metal guitar called the dobro as its vibrant southwestern-flavored lead instrument, along with sparse percussion and synthesized strings.

Porter noted that when he composed the theme song he was trying to come up with a thematic statement that would cover the entire program and that once he did, he revealed that he was satisfied when the production used an extended theme that was much talked about at the stage when Walter decided to return to Nuevo Mexico, for a specific reason. The character had left his domestic life behind him and had become a hardened and dark man. 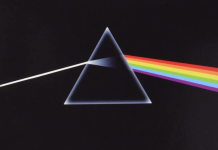 Far Cry 6: “Our Main Influence At The Beginning Was Cuba”